Berbera Tourism, Somalia: How To Reach, Best Time and Tips.

Berbera also known as “Beach City,” has a privileged location on the coast of Somaliland, right in the Gulf of Aden. Crystal clear blue waters and soft sands make most of the shoreline, and it is the perfect place to enjoy the sunset or get a good tan!Port of Berbera, one of the most important ports of the region is also located here.

The Berbera Port serves the country of Somaliland and the neighboring landlocked Ethiopia.Even when Berbera or Somaliland do not appear to be famous destinations, it is a little paradise. Full of buildings as old as the Ottoman Empire, it is a hidden gem.The issue with this de facto country is that it is not recognized internationally (yet).

It is still part of war-torn Somalia for most nations and international organizations.Remember Berbera Somalia (no!)… Berbera Somaliland (yes!!). This small country partially destroyed after the Somali Civil War, is now getting back on its feet. While neighboring Somalia is still struggling with war, Somaliland works its way forward.

People dressed in traditional styles fill the streets of the town. Children are extremely friendly with tourists, especially if you are willing to snap photos of them. Do not miss this great opportunity to have fun in the simplest of ways.

When Time You Should Go

The best times to visit this Somaliland is the “winter.” During January and February, when temperatures are an average 25  °C.Taking the weather into consideration, it is advisable not to visit Berbera during the summertime. Between June and September, temperatures can reach 40 °C  during daytime, extremely hot for the ones who are not used to this.

The upside of this is that it is a sunny place, and you will most likely not find rainy days here. In fact, there are only about 5 to 8 days of rain a year, but given its coastal location, the climate is regularly humid.Pack your sunblock lotion and make sure to stay hydrated throughout your journey.

The region has been a center of maritime trade since ancient times in the Gulf of Aden. Just opposite of Yemen, and called many different ways depending on the historian. Names like Malao or Bobali were common to name this city by different historians.Berbera was first used as a name for this place by the greek merchants who had businesses with the locals.

This bustling port city served as the capital of the British Somaliland from 1884 to 1941. Until the state of Somaliland gained independence in that year. It then formed the Somali Republic with the territories that are now Somalia.

After many years of dictatorship and civil war, this part of the country decided to separate and form a de facto nation. Based on the principles of democracy and waiting for recognition by the international community very soon.During the 1970’s it was a huge Russian base during the Cold War.

In more recent times, Berbera’s closeness to the Middle East places the port of Berbera strategically in the oil route. There have been various proposals for investment in this city, port and the country in general by the United Arab Emirates (UAE).

Top 10 Things To Do In Berbera:

1. Miles of beaches and otherworldly scenery
This coastal city has a semi-arid landscape and ample beaches of soft sands; rocky promontories are rather unusual. The most famous beaches are Bathela and Batalaale, which remain incredibly clean. Because of its vast coast, Berbera is also known as “Beach City.”Beyond the calm and silence of the shore, the ocean is full of life.

Many schools of fish and even dolphins and other cetaceans are easily seen through the crystal clear waters.Because of the warmth of the waters, unfortunately, bleaching has reached some corals, but their sight is still marvelous. They are especially amazing if you look for deeper reefs.Taking the time to explore deeper coral reefs will also give you the opportunity to watch even more marine life.

Fish, sea sponges and algae of varied colors fill the waters of Berbera.Apart from water activities, you will be able to see some camels walking next to you. In fact, camels are in any town alley or main street, stopping traffic or eating from a branch close by.

A walk of the city will surprise you. Ancient buildings still stand strong even after the civil war and the length of time. Darole, the old headquarters of the city, has charming mosques dating back from the Ottoman empire. There is also one synagogue, crumbling mansions, and the Darole square.

2. Baathela Beach
This pristine beach of beautiful sands is just four kilometers from the city center.

3. Watersports:
Pristine waters surround Beach City. It is the perfect place to practice some water sports and see the amazing coral reefs found in deeper waters.

4. NASA Runway:
NASA Runway an enormous runway that dates back from the 1980’s. It served as an emergency landing for space shuttles and now acts as a runway in Berbera Airport.

5. Historical sightseeing
As a witness of time, neglected ruins wait for your visit. Ottoman mansions and crumbling Arab, Indian, and Jewish trader neighborhoods stand still. Hopefully, they will serve as the first infrastructure for Berbera’s commercial rebirth.

Even newer British architecture exists in the area. There are no plans for reconstruction on their way, so you need to hurry up and take a look at these old neighborhoods as soon as possible.

6. Batalaale Beach
Another fantastic beach to visit and spend the day at.

7. Laas Geel caves
Located midway between Berbera and the capital of Hargeisa, it is a must stop. It is a Rock art site estimated to be about from 5,000 to 10,000 years old.

You will see monochromatic and polychromatic paintings. Main subjects are humans, dogs, and many other animals. Samples covering the inclined ceiling of the cave are as large as one hundred square meters.

8. Try exotic meats
Apart from seafood in the coastal area, it is common to find goat and camel meats. Do not miss the chance to try this delicacies of Somali cuisine.

9. Dubar Springs
This is the place where the water used in town comes from since the Ottoman empire. Just about twelve kilometers out of the city, and it is interesting to visit this site of ancient structures accompanied by palm trees.

10. Ottoman Mosque
One of the most surprising pieces of architecture still standing is the Ottoman Mosque. Even when there is no registry of when it was built, elders can tell you it is the oldest building in town.

What Is The Best Way To Reach Berbera ?

You can take a minibus for the 150 kilometers journey. It costs about five USD and lasts about two and a half hours.It is important to mention that you will need an armed security officer to go with you from Hargeisa. Arrange it beforehand in the capital to avoid complications during your travel.

You may go by yourself if you have a letter of permission issued by the Police Commissioner in the capital city of Hargeisa.For your way back, you will need an armed security escort too.

1 .Mansoor Hotel
The only hotel to close to the beach. Dinner food is not great, but accommodation is OK. Breakfast is great, especially on the outside tables overlooking the ocean. Perfect for relaxing with the sound of the waves. Rooms have air conditioner and WiFi

2. Barwaaqo Hotel:
This place has regular facilities. You can have great Somalian fresh seafood meals for an excellent price, and it is very close to the beach. Feels very safe.

3. Damal Hotel:
The best asset of this hotel is its cleanliness and comfortable rooms. There is a restaurant that serves international foods, salads and simple sandwiches too. The hotel team can arrange tours, sightseeing, and activities for you. There are ironing boards and irons available in case you need one. All rooms have air conditioning and WiFi.

4. Rayaan Hotel
This is a straightforward but clean hotel with affordable pricing. Recommended if you are willing to spend most of the day out and to save a little bit.

5. Scandivanian Hotel
The best of this hotel is the green grass fields you can find outside and its closeness to Batalaale beach. They have comfortable bedding and air conditioner.

What Is The Most Popular Food Item And Resturant In Berbera ?

Since Somaliland is a Muslim country, there is a ban on alcoholic beverages, so you will not find any, at least publicly. Instead, you should drink tea, or shaah, either black spiced tea (shaah bigay) or spiced tea with camel or cow milk (shaah cadays).

Trying tea at a busy tea stand is a must. It is very sweet, but at the same time, full of flavor, especially of cardamom and cinnamon. Each cup will cost you about 1000 Somaliland Shillings (about 0.15 USD) and is certainly a traditional Somali beverage you cannot miss.

Coffee is not as good as you would expect, so you should better stick to the shaah while in Somaliland.

Breakfast was very influenced by the British, so porridge in the morning is very common in Somaliland.For the rest of the day, food in the coast usually consists of seafood and fresh fish prepared either grilled or fried. Or more exotic meats like camel or goat if you are willing to try.

What You Should Do & Not In Here ?

Do not miss Somaliland for Somalia. Somalilanders take deep pride in their nation and dislike being mistaken for the neighboring Somalia.

Dress accordingly. Modest clothes are mandatory, and women must visit the beach fully clothed. Avoid the use of swimwear or see-through clothing for females.

Visas are not issued “on arrival” at the airport, so consider this while planning your trip. You can get your visa in Addis Ababa (Ethiopia), Djibouti, London (UK) via email, France, and in the USA (online).

Keep yourself hydrated. With such hot weather, it is important always to drink enough (bottled) water.

Fridays are the day off, so consider this in case you need help from any government agency.

Eat fresh bread from the local Boodhari bakery and ask the bakers for the story of Elmir Boodhari.

One of the best parts of your trip is that since the Shilling (national currency) is so devaluated, it will be amazingly cheap to do many activities. It is essential also to bring cash, either in Euros or dollars. Since it is an unrecognized country, ATMs are extremely 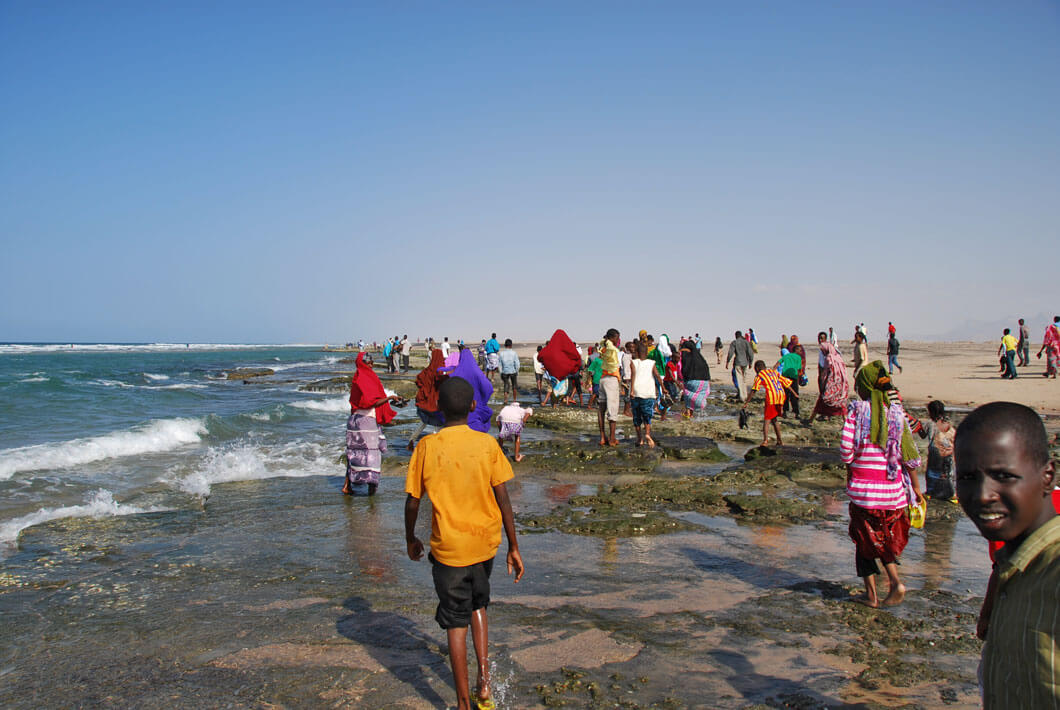 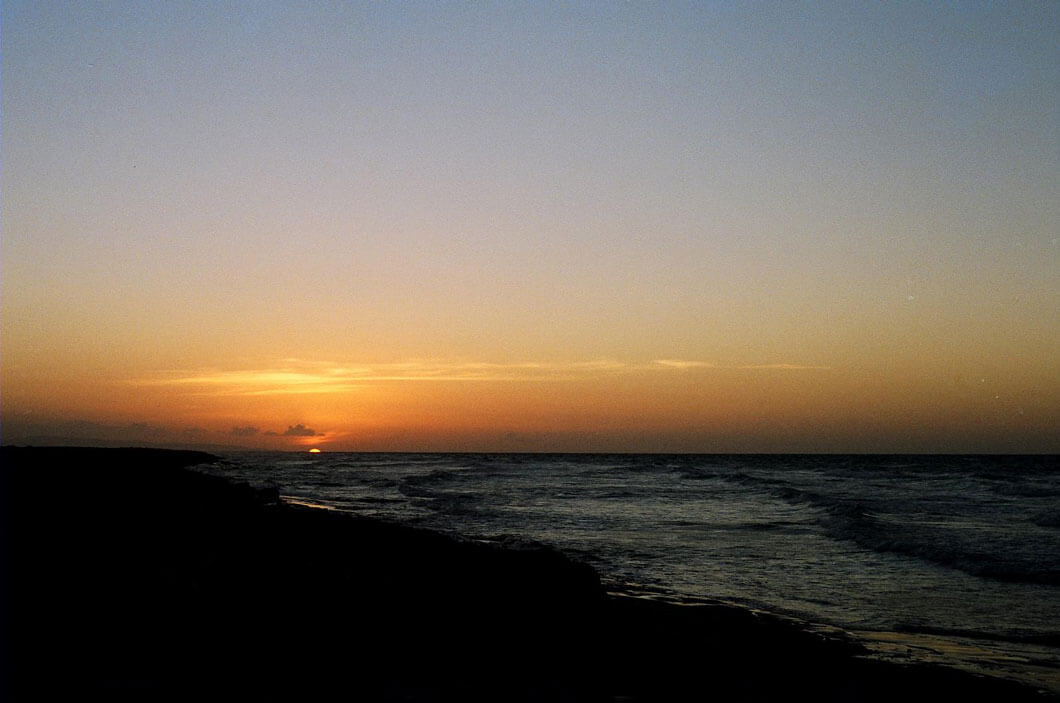 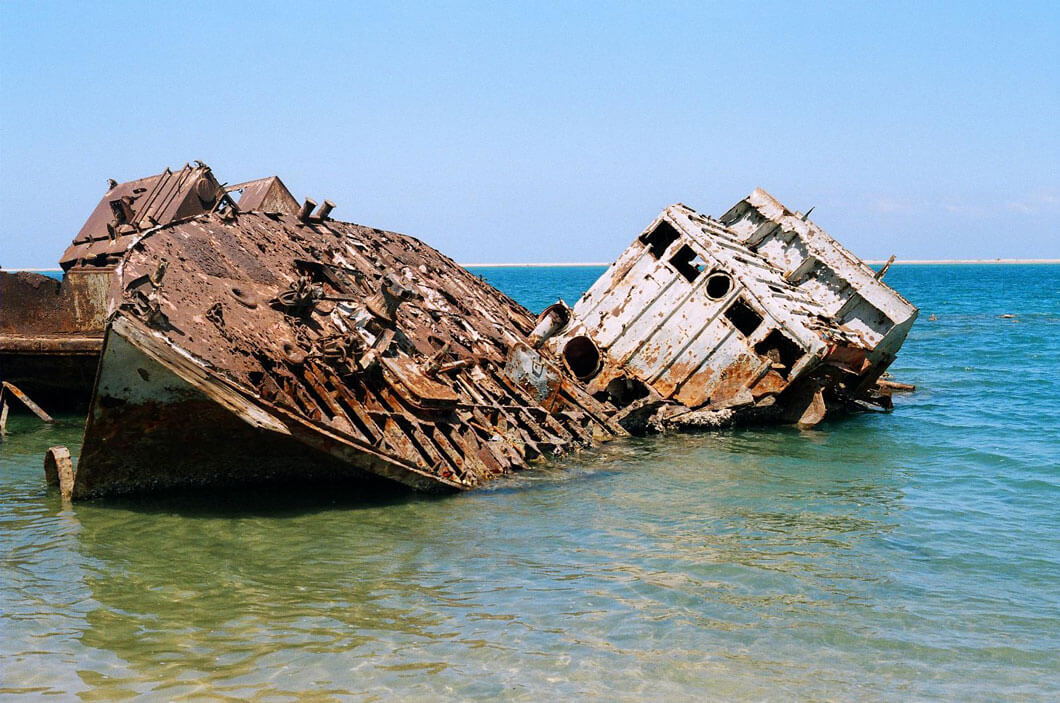 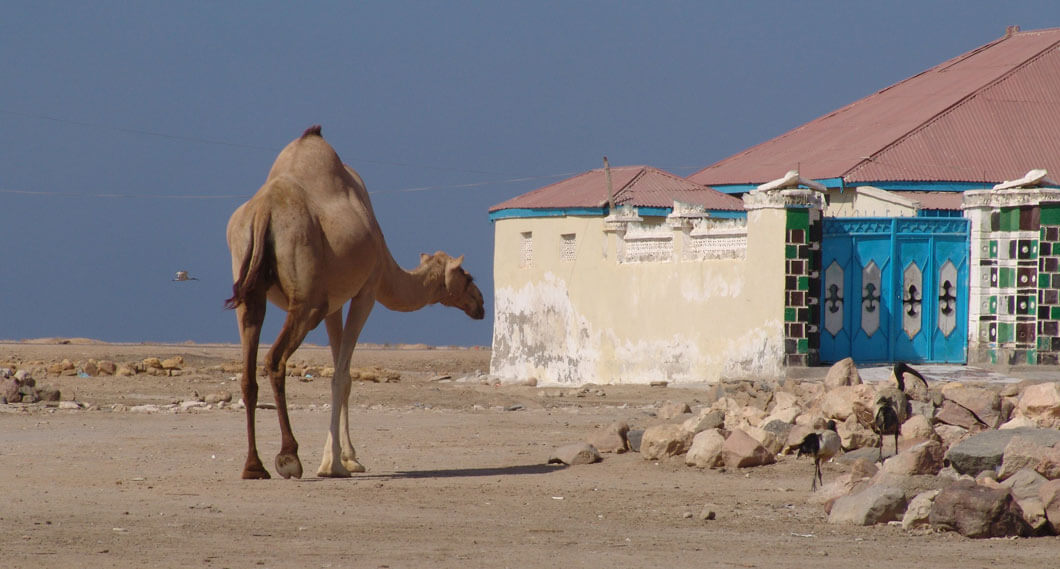 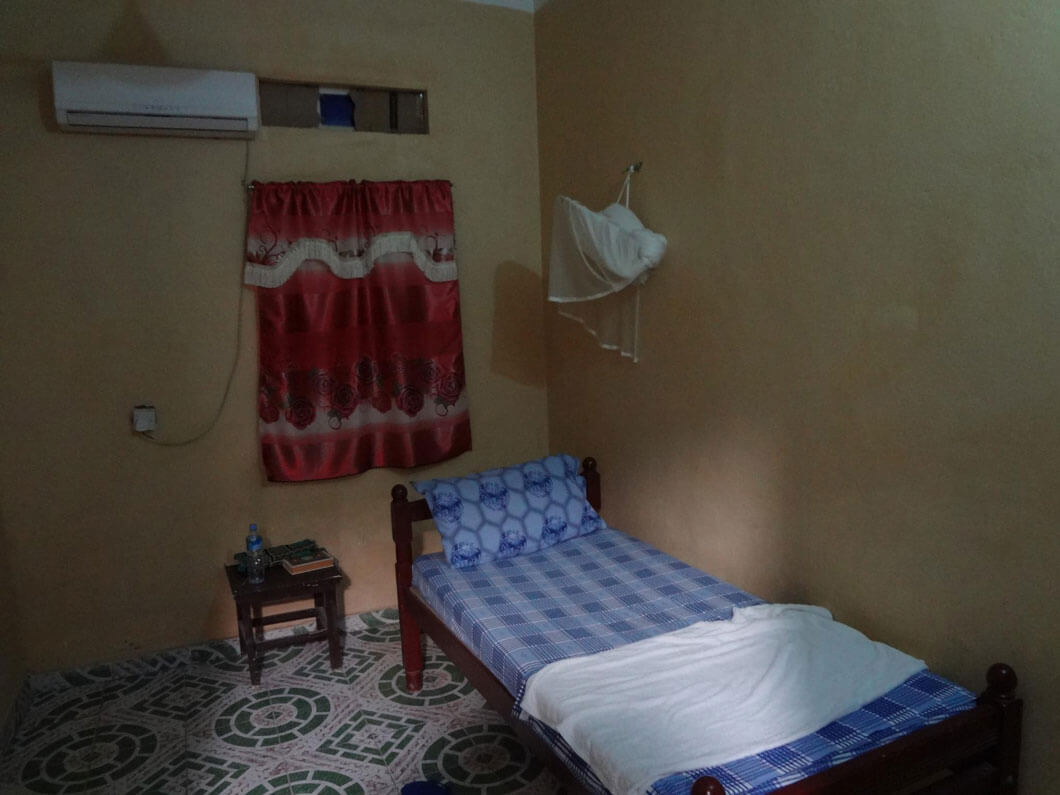 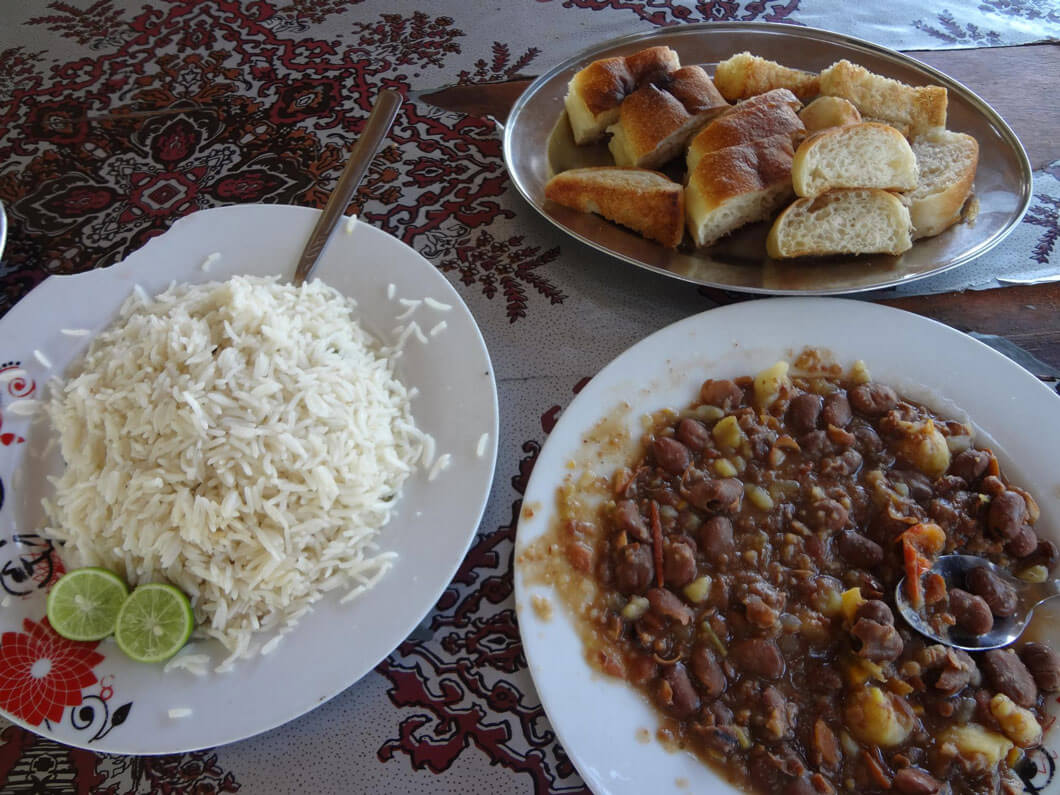 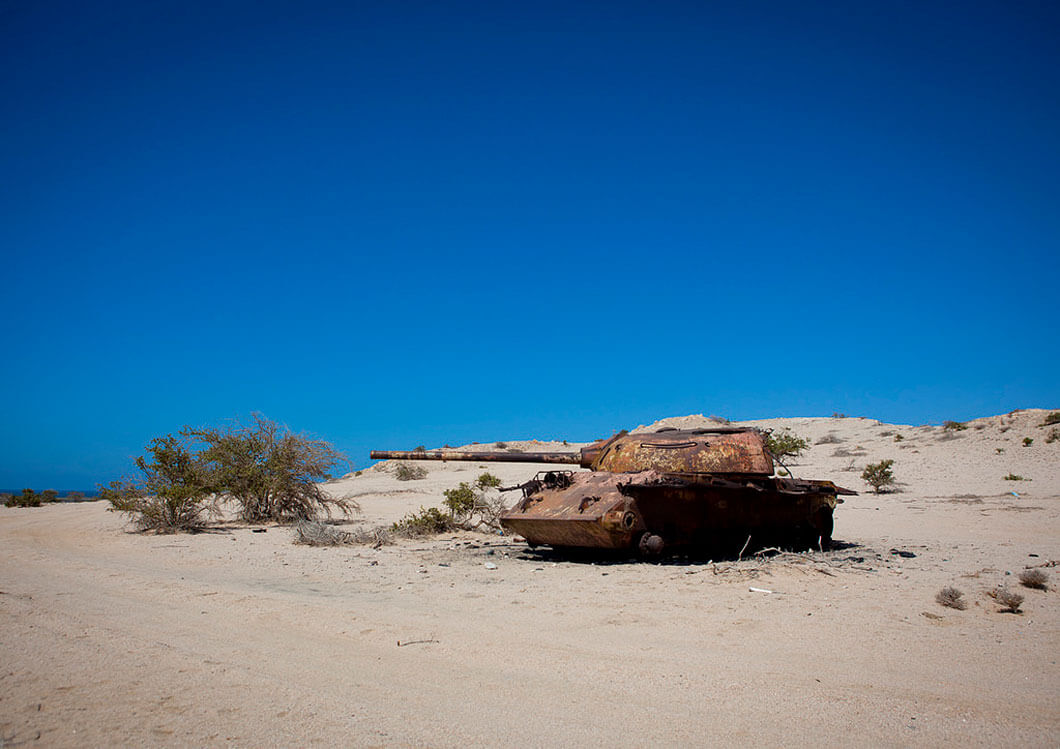 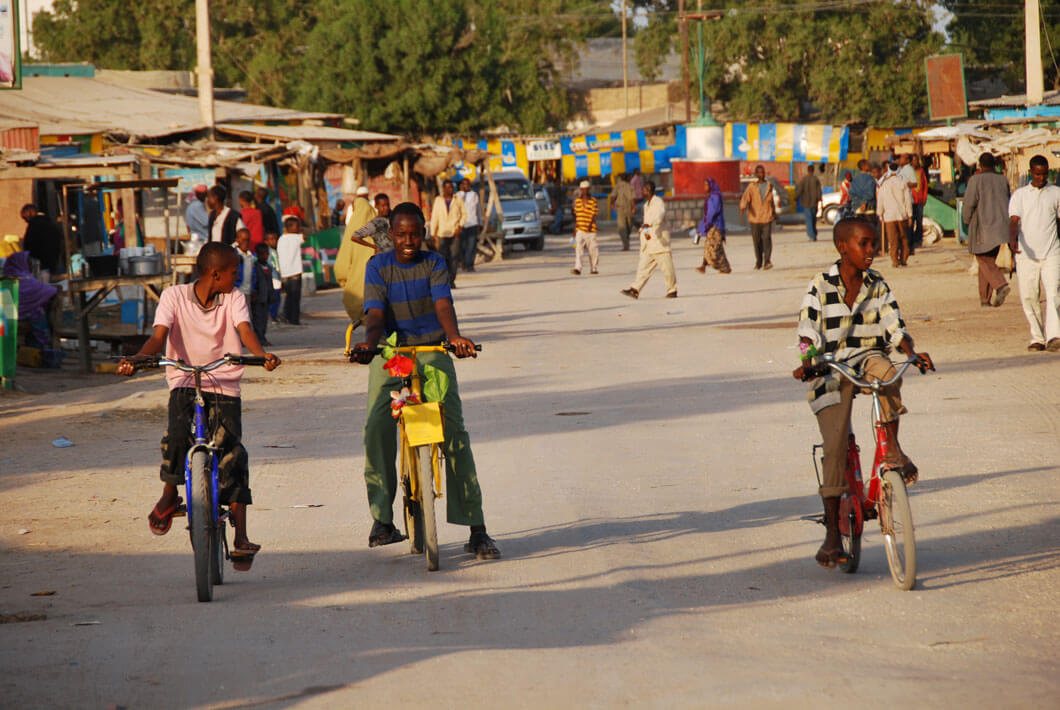