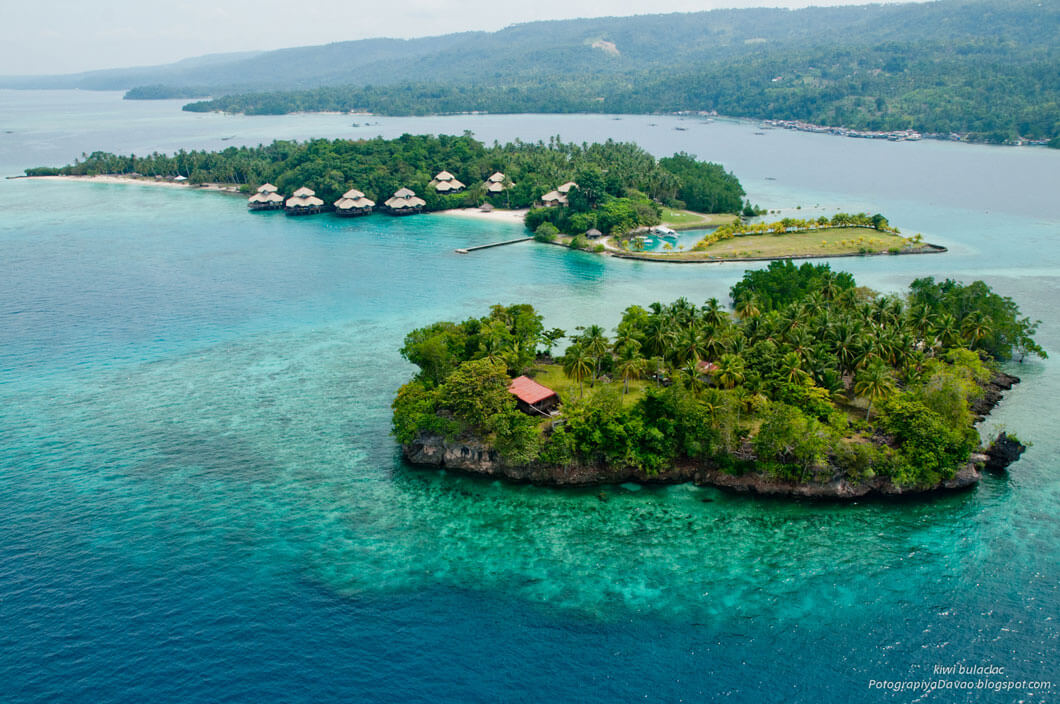 Davao del Norte, also known as Davnor, is a beautiful province located in the Philippines, right in the region of Davao in Mindanao. You may not have heard about this place yet, but it is now slowly gaining popularity and is attracting tourists from different parts of the world.

If you want to go to a place where you can relax, hang out and stroll around the beautiful beaches, or perhaps go diving and explore places that are not that touristy, then Davnor is the place to be.

Davnor encompasses a total land area of 3,426.97 square kilometers (1,323.16 sq mi). It occupies the entire northern and central section of the region of Davao. The province is bordered by the Agusan del Sur in the north, Compostela Valley in the east, Bukidnon in the west and the city of the Davao in the south.

The coastal city of Samal, also known as the Island Garden City of Samal or IGACOS, is the only municipality of the province that is not located in the Mindanao Island. IGACOS covers the entire Talikud and Samal islands in the Davao Gulf.There are many reasons to visit Davao City Davao del Norte.

You can marvel at the calm allure of Tagum City, take part in the festivities of Sto. Tomas and other municipalities enjoy the white sand beaches of Samal Island, go caving in Kapalong, and many more. The Davao del Norte hymn is titled Tayo’y Dabawenyo, or “We are Dabawenyo”.

When you get to the city of Davao, it will take about an hour and thirty minutes of travel time to get to Tagum. From Manila, you can book a direct flight going to Davao City.

Top Things To Do In Davao Del Norte

One of the most popular Davao del Norte tourist spots is the Hijo Plantation Banana Beach. This is basically a resort and outdoor park, just outside of Tagum City and they have various accommodations available as well, from a modest room to the most luxurious beach villas.

The resort is 15 km away from Tagum and only takes few minutes from the city center. If your purpose for traveling were to relax or unwind, then this would be the perfect destination. They are known for providing excellent service and offers superior facilities such as spa, pools, massage, private beach, etc.

Another interesting tourist spot in Davnor is the rosary garden, which is where the world’s biggest rosary can be found. This is a famous spot, especially for Catholics, where the rosary is made from ironwood and is kept at the Christ the King Cathedral, which is also one of the most visited churches in the region.

The San Agustin Botanical Park is one of the Davao del Norte tourist spots that you should not miss when visiting the province. Here, you will find different kinds of tree and plant species coming from the various tropical countries in the world, and gives balance to the highly urbanized development of the city and also minimize the pollution.

There are said to be a hundred forty five different plant species in the garden, which hails from the various parts of the world such as In Australia, South Africa, Thailand, India and Pakistan.

If you want a different kind of adventure such as caving, then you better experience it at the nine caves of Kapalong, a first class municipality in Davao del Norte, which is less than an hour away from Tagum.

The most famous of all these caves is called Okbot, which is named after a local medicine man who is said to be performing sacred rituals inside the caves. Caving enthusiasts will surely be amazed at the sight of the grand columns and delicate draperies while navigating through the cave.

This is truly a one of a kind celebration that involves grand fireworks display, parades, lyre and drum competitions. The event starts with the singing of the Davao del Norte hymn.

6. Samal Island
There are more than 60 resorts in Samal that caters to all kinds of tourists. From public beach resorts to luxurious and world-class resorts, Samal Island definitely has it. Aside from swimming and diving, there are several other activities that you can enjoy in this island.

You can perhaps go mountain climbing and snorkel through the colorful coral reefs or go kayaking on the coastline if you want. After all these fun activities, you can relax in one of your resort hotels and indulge in some pampering, such as a relaxing massage and spa.

7. Casilac Falls
Casilca Falls is located in New Corella, another municipality of Davnor. The falls are truly a sight to behold. It travels through narrow strips that are partially hidden from the sun and the water cascades beautifully to the beds of limestones. It is also a great place to beat the summer heat.

8. Panabo Export Market
Panabo is a municipality in Davnor that is hailed as the Agri Industrial Gateway of Davao to the world. The place is thriving of the Cavendish banana plantations and other world class products, such as milk fish, or locally known as bangus.

1. Pearl Farm Beach Resort:
If you want to stay in a luxurious beachfront resort in Samal Island, then this would be a perfect choice. This upscale resort features luxury wooden huts and villas with beautiful ethnic design touches, each equipped with flat screen TVs, fridge and balconies that open up to the beautiful sea views.

2. Paradise Island Park & Beach Resort
If you want a cheaper alternative to Pearl Farm Beach resort in Samal, then check out the Paradise Island. The resort features a private beach area where you can enjoy a wide variety of sports activities.

There are private huts and cottages scattered all over the resort that features a balcony and rooms furnished with a sofa, dressing table and personal safe. The resort is only a 5-minute ferry ride from the wharf of Sasa.

The beach resort is only an hour drive away from the city of Davao, and is just a few minutes away from Tagum. The resort is quite and peaceful and is the perfect hideaway if you want to relax while vacationing in Davao del Norte.

4. Big 8 Corporate Hotel
If your destination is the city of Tagum, then do check out the Big 8 Corporate Hotel, which is located right in the city center. The hotel is beautifully inspired by a neo classical architecture, with air conditioned rooms equipped with flat screen TVs, safe and a minibar.

5. Bluejaz Beach Resort & Waterpark
If you are traveling in groups and you are in need of a best value accommodation in the island of Samal, check out the Bluejaz Beach resort. They have basic dorms equipped with shared bathrooms but with no TVs. The hotel features several amenities like a bar and coffee shop, infinity pool, water slides, etc.

When traveling to Davao del Norte, you should also take the opportunity to enjoy its local delicacies. Being the Durian Capital of the Philippines, Davao is known for its delicious durian inspired desserts.

Among the most popular is the durian coffee, a Durian-flavored coffee beverage. There are also durian cakes, durian candies and other pastries. Here are the local cafes where you can sample one of the most delicious Durian flavored desserts in Davnor.

How To Reach Davao Del Norte & How Much It Costs:

Below are the directions on how to reach Davao del Norte from the city of Manila.

Manila – Davao. From Manila, you can book a direct flight going to Davao City. Most of the domestic airlines in the Philippines fly several times a day to Davao and the fare should be around USD 40 to 80.

Davao – Tagum City. If you are going to the municipalities of Babak, Asuncion, Kapalong, Compostela, Mawab, Mabini, Monkayo, Panabo, Nabunturan, Sto. Tomas and Tagum, simply hail a cab going to the bus terminal when you arrive at the airport.

Make sure to take the metered taxicabs with a flag down rate of around USD 1 for those with air conditioning. For non air-condition taxis, flag down rate is less than a dollar. When you reach the bus terminal, just ask around for which bus to take going to the place that you want to visit. The bus fare should be around USD 2 – 4, depending on the place you are going to.

Davao – Samal. Samal is just a ferry ride away from Davao City. So from the Davao International Airport, simply take a cab going to the ferry pier. There are three established entry points when going to the Samal Island from Davao City, Sta. Anna Wharf, Sasa wharf and the ferry landing in Sasa.

The fare should be around USD 1 – 3. Some resorts can also charter a yacht to take you directly to Samal coming from any of the piers in Davao City Davao del Norte so you better inquire.

The climate all throughout the coastal regions of the Philippines, including Davao del Norte, is considered as tropical marine climate. What this means is that the place is affected by two monsoon seasons. One brings clouds and rains and the other will bring dry air as well as hot temperatures.

The temperature all throughout the year is mild, although it can get hotter depending on the moisture content of the air. The months of January and February are probably the best time to visit Davnor, since the rains have already stopped during this time.

1.Like any Asian cities, you will notice lots of street merchants peddling branded goods in the city of Tagum and other Davnor municipalities. Things like Omega and Rolex watches might look real, but these are actually knock-offs so do not get fooled.

2.Poverty is a serious issue in Davnor and you will see lots of kids begging for money in the streets. Try to avoid giving money as much as possible. If you give money to one child, you will be surrounded with a dozen more in only a few seconds and you could be a target for thieves.

3.The city of Davao, including Davao del Norte is very strict about their no smoking policy. So be very careful when you try to light up a cigarette especially in public places. You could be fined when caught or worse, end up in jail. 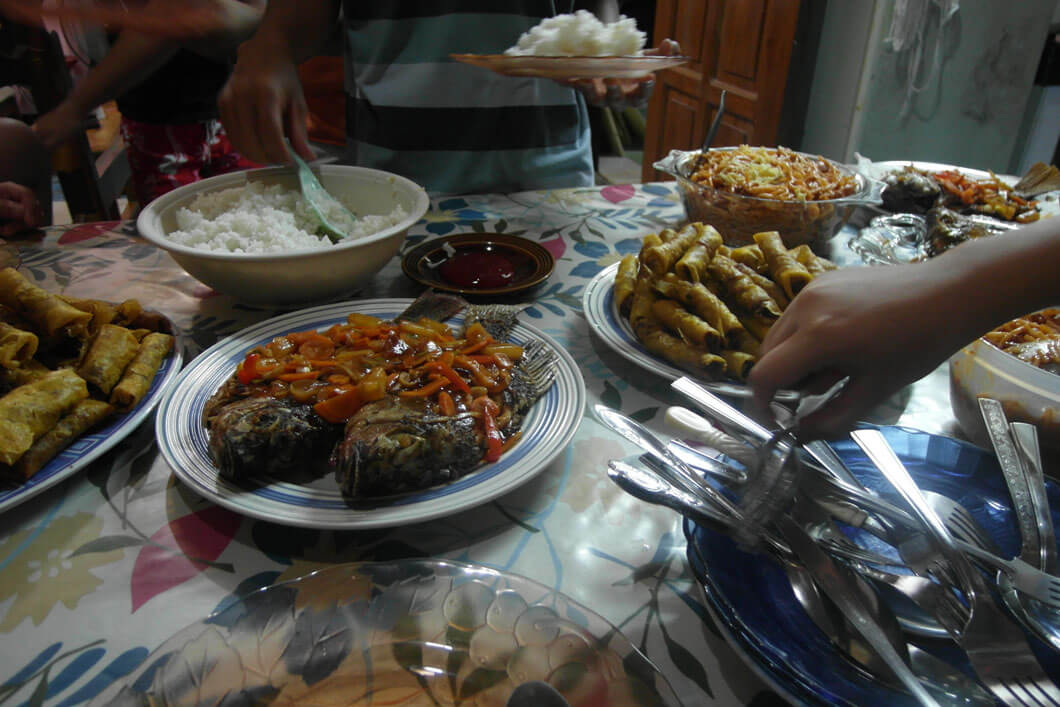 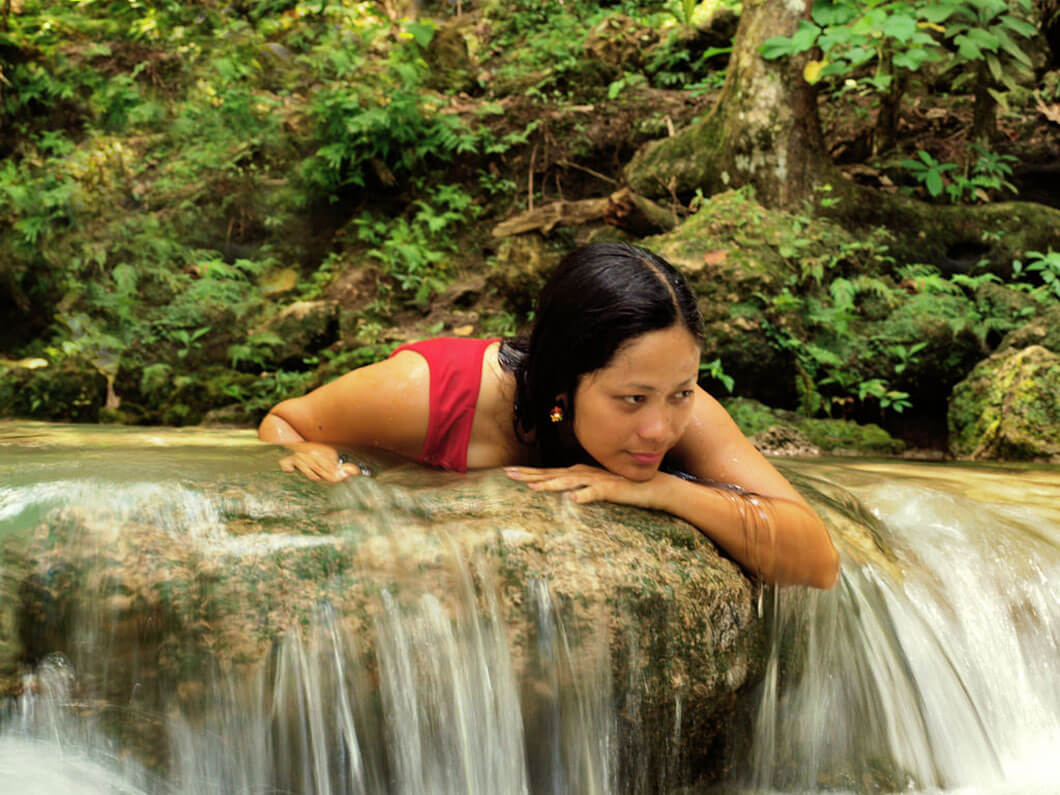 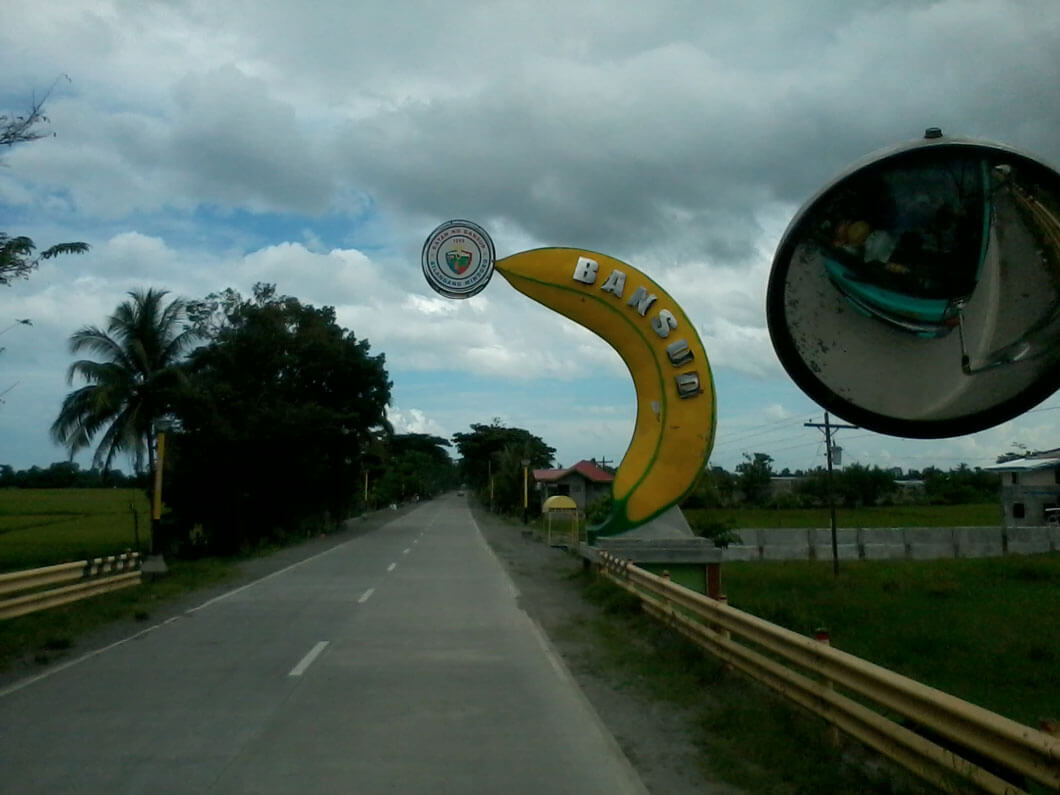 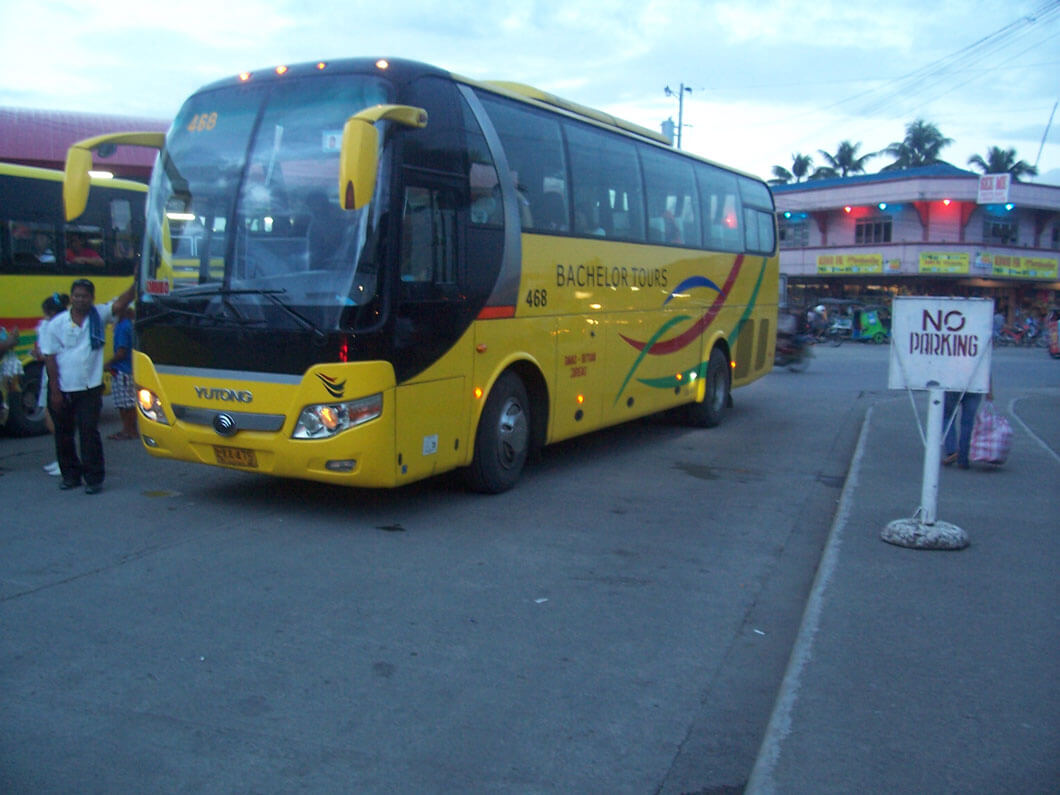 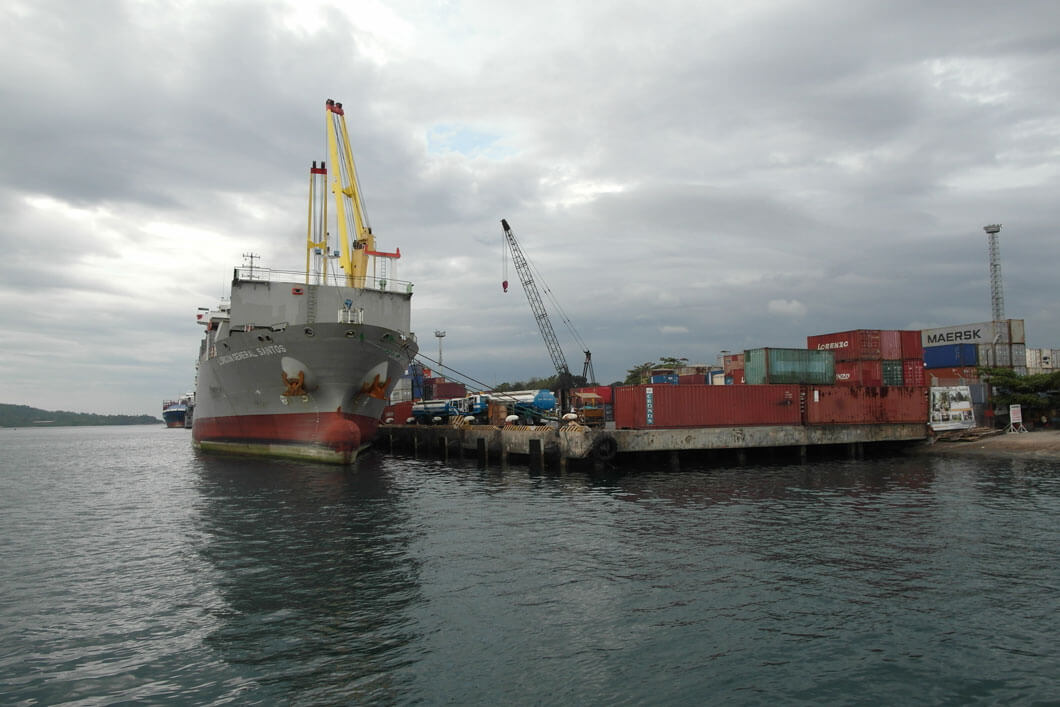 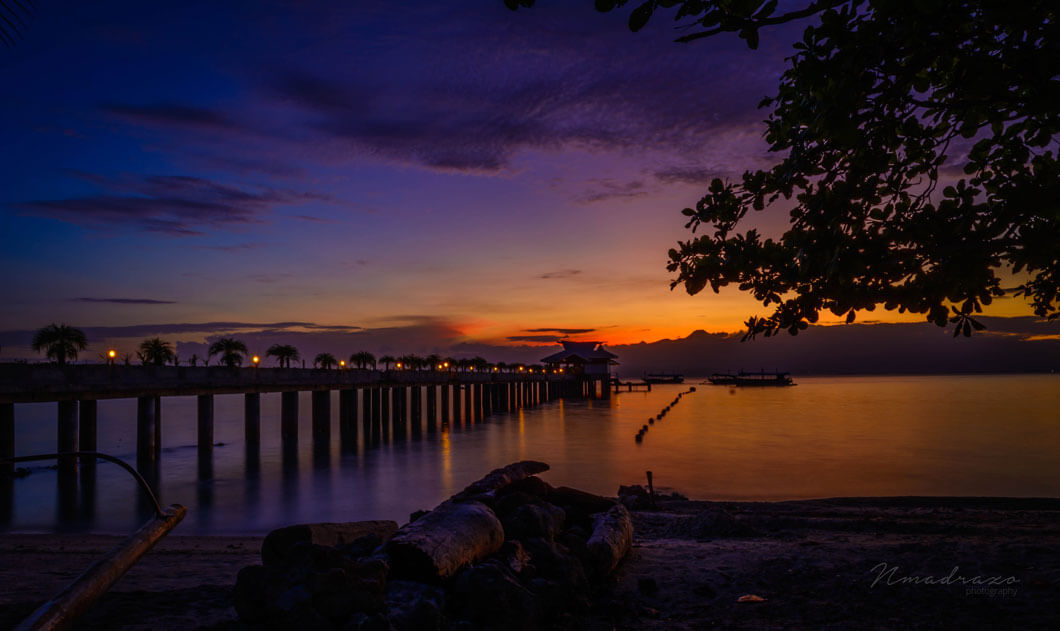 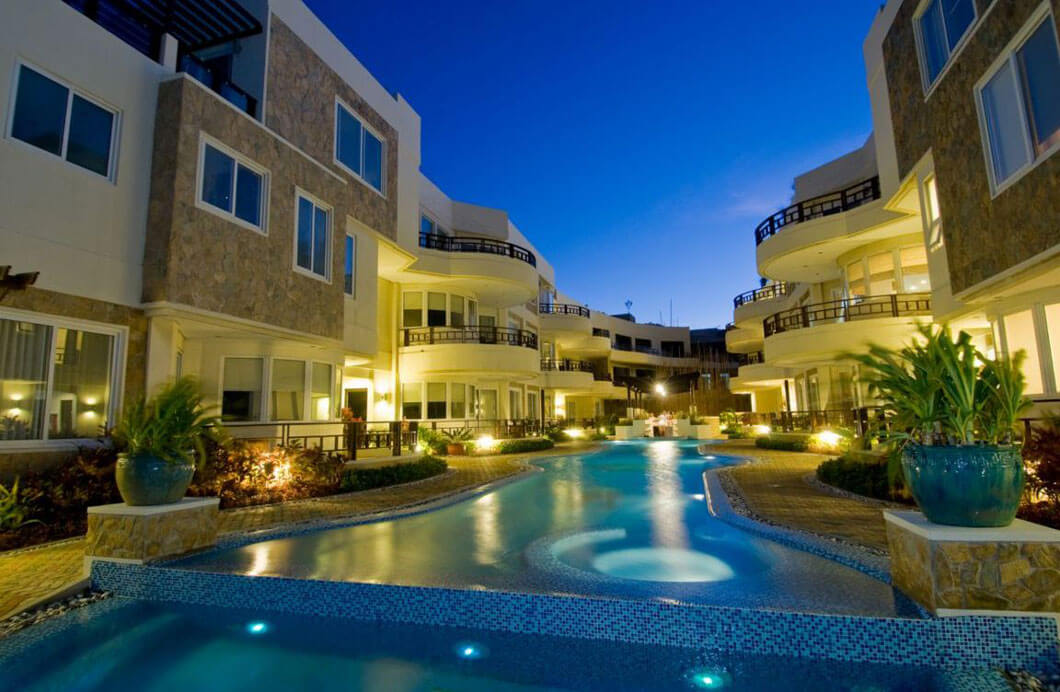 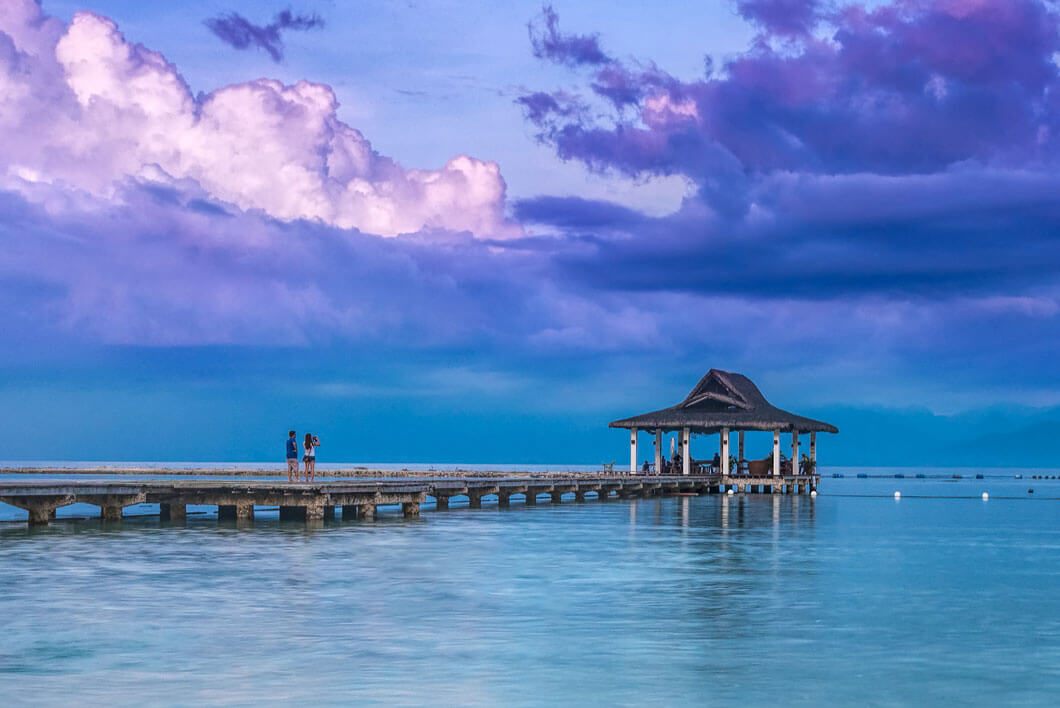 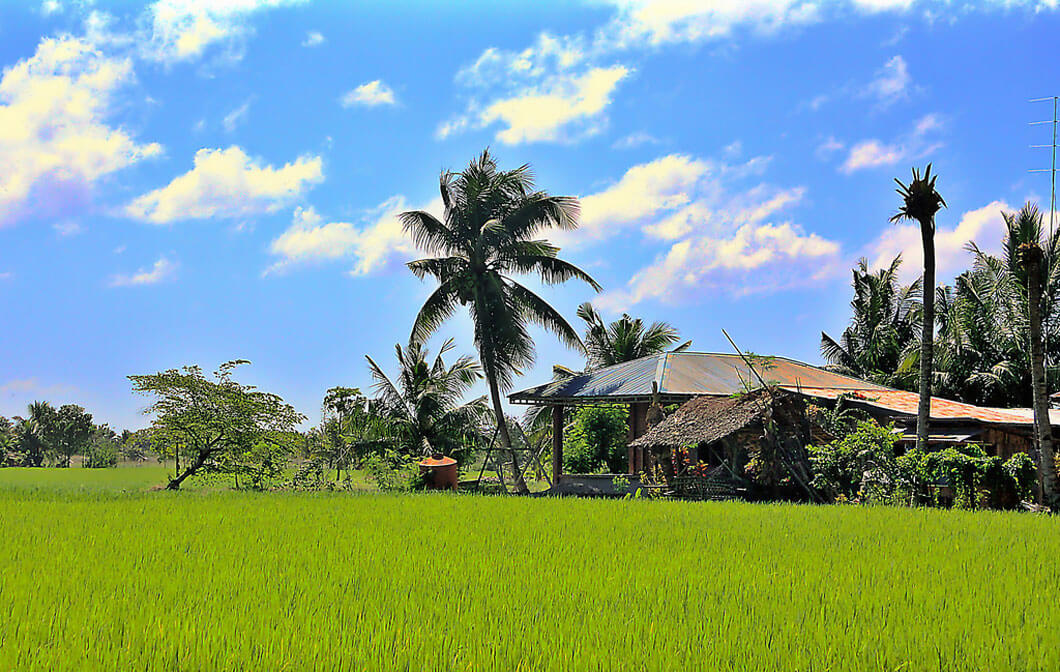 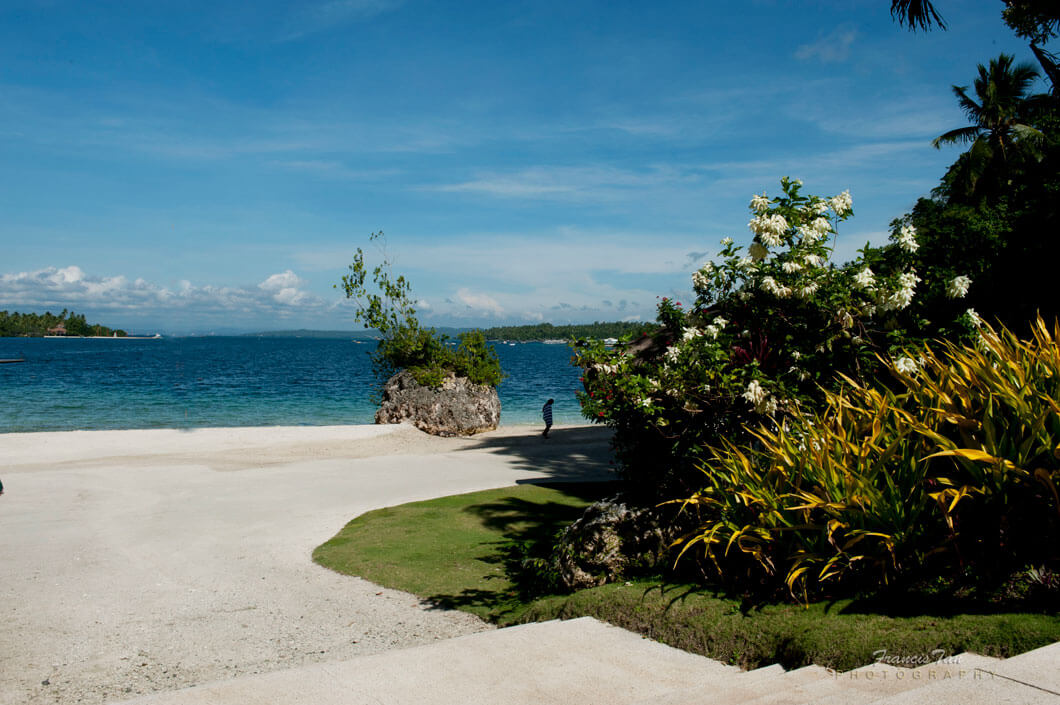 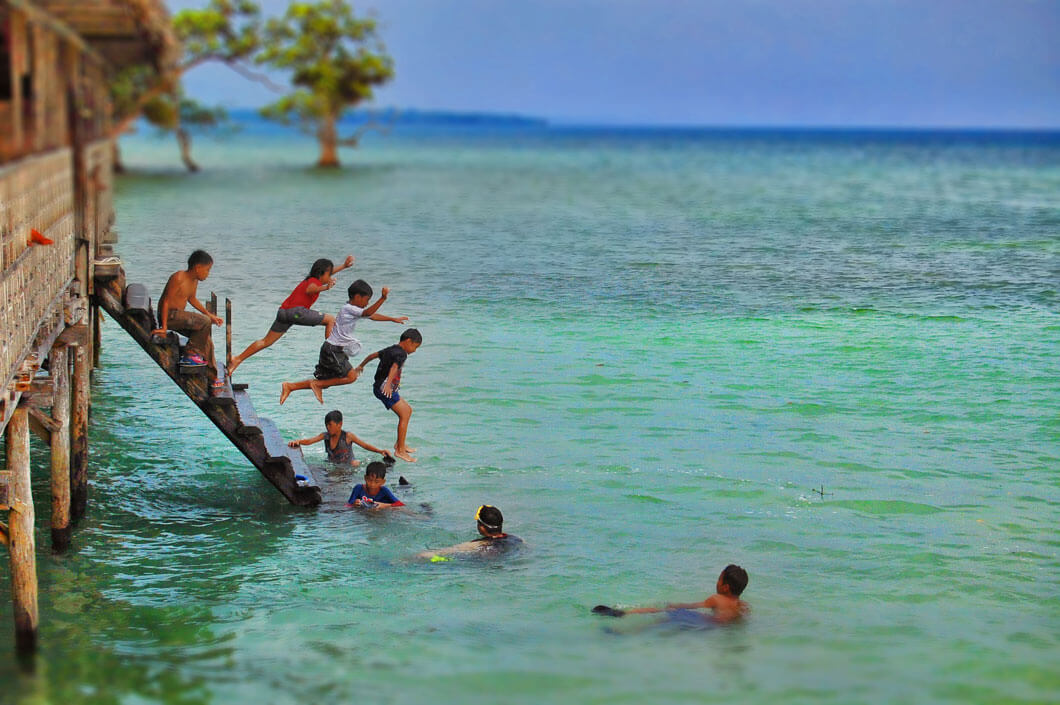