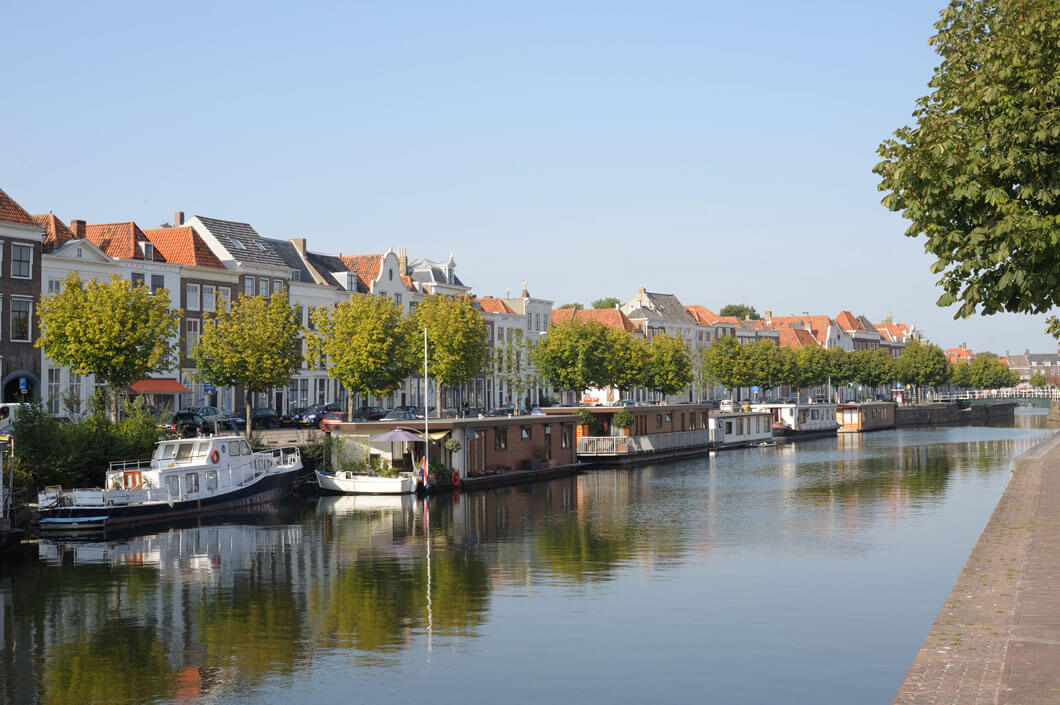 When our lives, surrounded by sky high towers, traffic logjams and stressful working hours and its aftermaths, come over to this place and experience the historical marvel in the form of old chapels, town centers which were a prominent part of the old town layout, theaters and so on.

Middelburg, Located on the south western region of Netherlands, this ancient town is now considered as a municipality and the capital of the Zeeland province.

A weekend trip to this place while planning for your tour to the Dutch land will make your tour added with a high cultural value. The ambiance that surrounds the entire will be more than enough to make your visit to this place a memorable one.

Geographical Description & The Beauty Of Middelburg

Middelburg’s population is forty thousand which makes it a small city in the country whose population is about seventeen million. The regions that make this municipality includes Arnemuiden, Kleverskerke, Nieuw-en Sint Joosland, Sint Laurens.

The geographical description of this place would be a peninsular region surrounded by the water bodies of Walcheren, estuaries of Eastern Scheldt and Western Scheldt. The elevation of this area is 3 m above sea level.

This is a peculiar feature among the entire Netherlands as most of the country lies below sea level which is thus nicknamed as “Low lying country”. This place comes under the time zone of CET which is +1 than GMT.

The climatic condition here is the maritime climate which is non-tropical one. Maritime climate means mild winters and cool summers with rainfall spread throughout the year.The most loved thing this city offers is its old fashioned look and the ambiance.

The buildings are all built in the late 17th century thus dating back almost 300 years ago. The architectural style is old fashioned which is a visual marvel for those who love architecture. For the art lovers, this place offers several locations such as theaters, concert halls and much more.

There is another fact of amazement that is these buildings were razed to piles due to the bombardment of the German forces during the Second World War in the 1940s. After that reconstruction of these structures, done perfectly which amazes even more. People throng here to view the architectural wonders and the peaceful ambiance.

Origin of the name:  The name Middelburg, coined from the word “burg” which means “fortified town”. This was because this place was developed first as a garrison to guard against the Vikings, people who raid towns and destroy whatever they see.  This city was one of the 3 fortified cities, set up for this purpose.

History:  After the Viking era has ended in the mid-9th century, this military base started to emerge as a settlement with the construction of an abbey, and from this stage, this city became a prominent face in the history of this country. This place is one of the oldest cities of this country.

During the 13th century this place, recognized as a full-fledged town. During the middle age period, this town became an important place of commerce as this was an important trade center for goods that were to be distributed from England to the other European countries. In the 17th century, this place was in its grandeur best as it was regarded as the golden age of Netherlands.

Top Things To Do In Middelburg

1. Abdij
Abdij in Dutch means “Abbey”, meaning a building or a group of buildings, occupied by the members of the church (nuns, monks, priests). This was the first establishment that was created other than the military buildings.

The abbey occupies very large area in the town and this complex comprises of wonderful pieces of architecture. In the southern part of abbey is the awe-inspiring tower, which stands 91m tall, called ‘Lange Jan’ by the locals, meaning long john in Dutch.

2. Markt
Markt means “Town Square” in Dutch. This is one of the most prominent places in this town. Town square forms the center of a town in the older days where all the trading activities happen. It remains bustling with activity all day.

The town square in this city represented by the humongous Town hall (Stadhuis in Dutch) whose style of architecture resembles pure Gothic. This building, completed in the mid-15th century is the architectural representation of this town, decorated by the statues of Burgundian rulers of that time.

3. Churches of this town
The churches in this town add a spiritual touch in your trip. There are three churches inside the abbey complex: Nieuwe kerk, built in 16th century and Wandlekerk , built in 17th century and Koorkerk , built in 14th Apart from these churches, there is another one at the northeast of the abbey named as Oostkerk which means East Church in Dutch. The architecture is in Baroque style and octagon shaped with a beautiful dome christening the top.

5. Go on a Horse ride through the town
Go over the old fashioned town in the way the medieval people did. Several tour operators organize tours on horseback which will give you an unforgettable experience. The guides will explain about the place in either German or Dutch. The best time to visit by horseback is from June to September.

1. Van der Valk Middelburg:
Distance of 2.7 kilometers from the city center, which includes free Wi-Fi. The bar that is present here is excellent. Rates are ranging from $182 per night.

2. De Nieuwe Doelen
The greatest advantage of choosing this hotel is the proximity. The distance of 400 meters from the city Centre, this hotel is well accessible from the railway station and the town center. The design of this hotel is old fashioned which gives you a historic feeling during your stay. Rates starting at $101 per night.

3. Boutique hotel The Roosevelt
Located exactly at the Centre of the city which means that going over to places won’t be an issue. This is a fantastic boutique hotel offering you a friendly service, free Wi-Fi, and excellent food. This hotel is designed from a historic building which means your stay will get a historical touch. Rates starting at $172 per night.

4. B&B ‘t Poorthuys
A bed and breakfast type of hotel located near the city Centre. It offers free Wi-Fi to all guests. Breakfast is good. Commercial establishments are about a 10-minute walk from this place. 15 minutes’ walk to railway station. Rates starting at $121 per night.

5. Amadore Hotel Arneville
Located at a distance of 1 kilometer from the town center. It offers free Wi-Fi to all guests. The staffs are friendly, and the rooms are neat and clean. Rates starting at $107 per night.

Zeeland province is well known for their seafood and more predominantly mussels. Mussels from this region are well known all over the country and a mass scale cultivation of this type of shellfish happens all over this region.

The mussels are available fresh or packed in most of the supermarkets. The ways of serving: boiled, baked or fried and is best served with fresh bread and crisp salad. Other than these, oysters farmed in the shores of this area.

Other delicacies that are famous in this town are Oosterschelde lobster, Zeeuwse platte oyster, Lamsoor en zeekraal (Sea lavender and samphire), Zeeuwse bolussen (sweet pastries), Zeeuwse babbelaars (Butter candies) and much more. A visit to this region will satisfy your gastronomical desires. Some of the well revered restaurants in this town are:

Restaurant Scherp: For an authentic, fine French style dining. One of the best restaurants in the Zeeland province.

How To Reach Middelburg & How Much It Costs:

This is the directions to reach this place from the capital city of Netherlands, Amsterdam. This city, located at a distance of 200 km from Amsterdam. The best way to reach Middleburg is through rail as there are trains operated from Amsterdam with a frequency of one train for each thirty minutes, making it a frequent mode of transport.

The time taken to reach the destination is 3 hours and 10 minutes thus if you start after having breakfast, you will reach before lunch. The cost is about 25.4 Euros which is about $29. The operational activities, handled by government owned Dutch Railways.

The another way to reach this place is by car which is almost a 2 hours and 30 minutes’ drive covering about a distance of 167 kilometers in which 91 kilometers on motorways which assure you a high-speed drive. The cost of fuel is about $20.

There is no air route for this town and the nearest airport to this city is Antwerp International Airport (ANR) which is located in the neighboring country of Belgium and at a distance of 90 kilometers from the Centre of the town.

The advantage of Middelburg is that it has an all year round pleasant climate which makes you comfortable visiting this place without looking at the calendar and weather forecast. The province of Zeeland, in which the city is present, can also, said as the place in Netherlands to enjoy a non- extreme climate round the year.

In summers the temperature touches an average of 20 degree Celsius which makes swimming in the beaches an enjoyable experience. In winter skating and skiing are the most popular activities as the temperature goes down to 10 degrees Celsius. To enjoy the fullest do come here during summer.

1.Getting Visa for Netherlands is a natural process as it is one amongst the nations of the European Union (EU); the EU visa is enough for touring this country as well as its neighboring countries.

2.For even better experience, get to know the local language of the region. Dutch is the language spoken here, and people also understand German. So learning the basic phrases and pleasantries in the local language would be handy to indulge you locally in this town.

3.Do consult the embassy for the prevailing conditions over the region as a precautionary measure, though this area, known for its erstwhile peaceful nature.

4.Book places of accommodation from well-known sites because you may become a victim of cheating and do ask the hotel management to arrange excursions around the town.

5.The climatic condition of Netherlands is such that flooding happens easily when it rains due to its sub-zero altitude and the proximity towards the ocean. So try to avoid the wet season and most preferable season is the summer as there is less possibility of rains during those months. 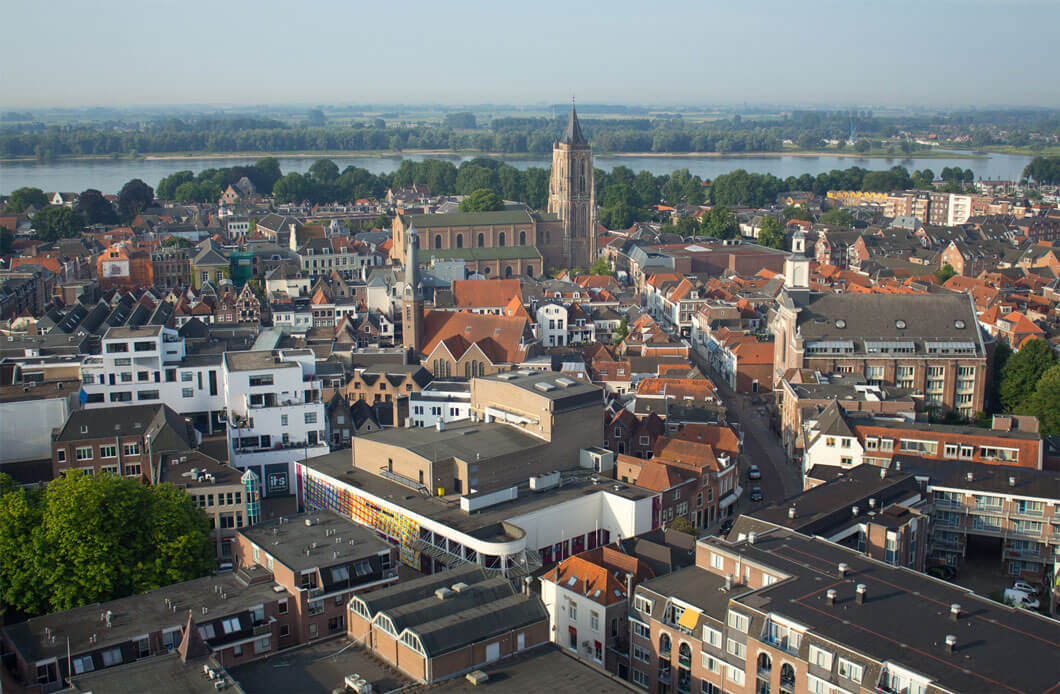 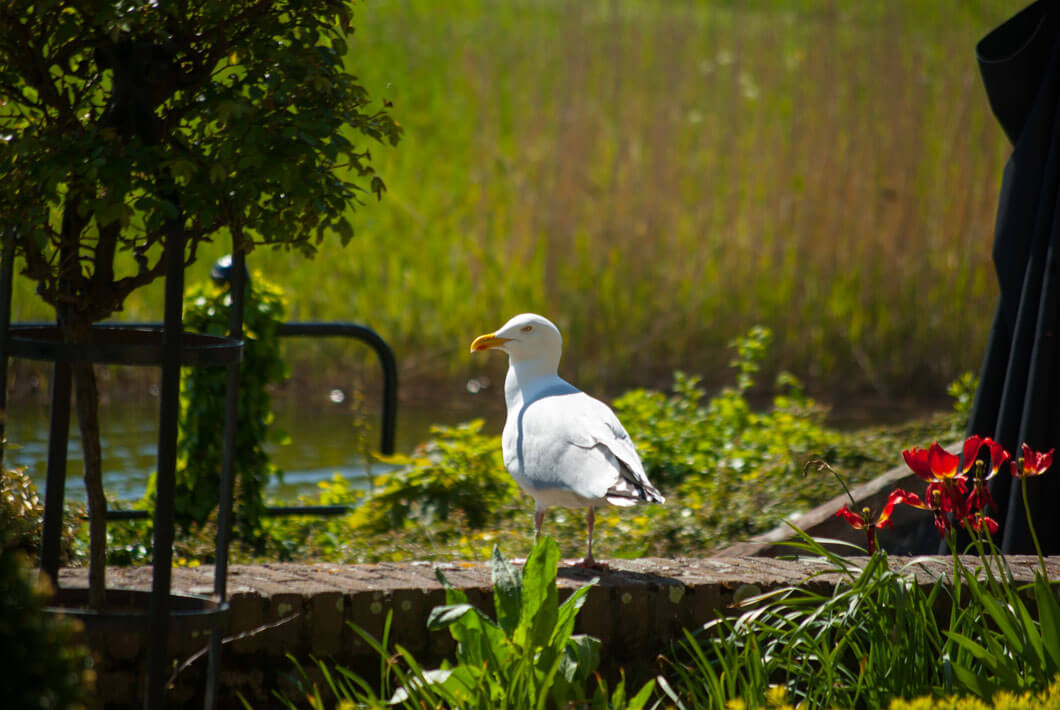 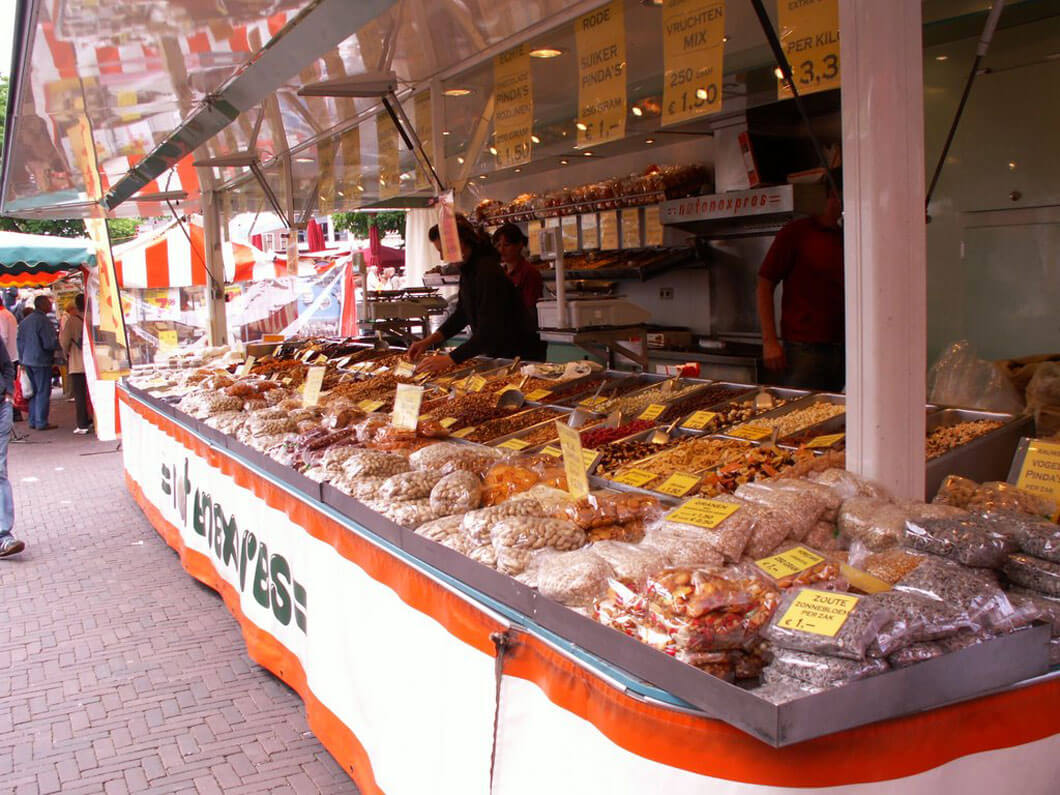 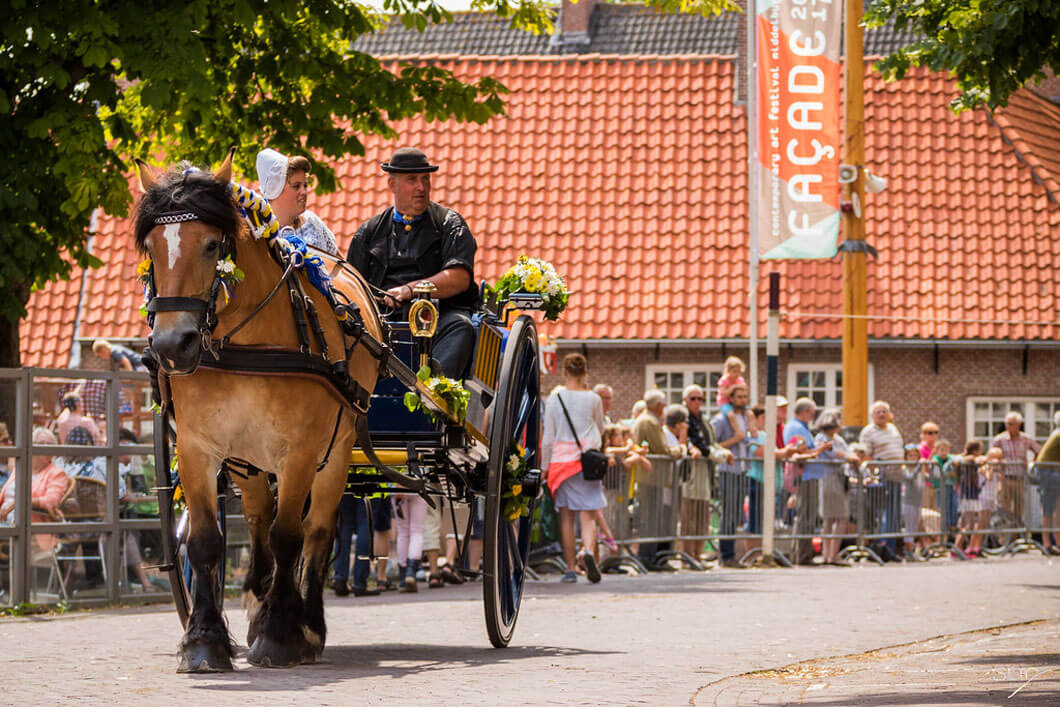 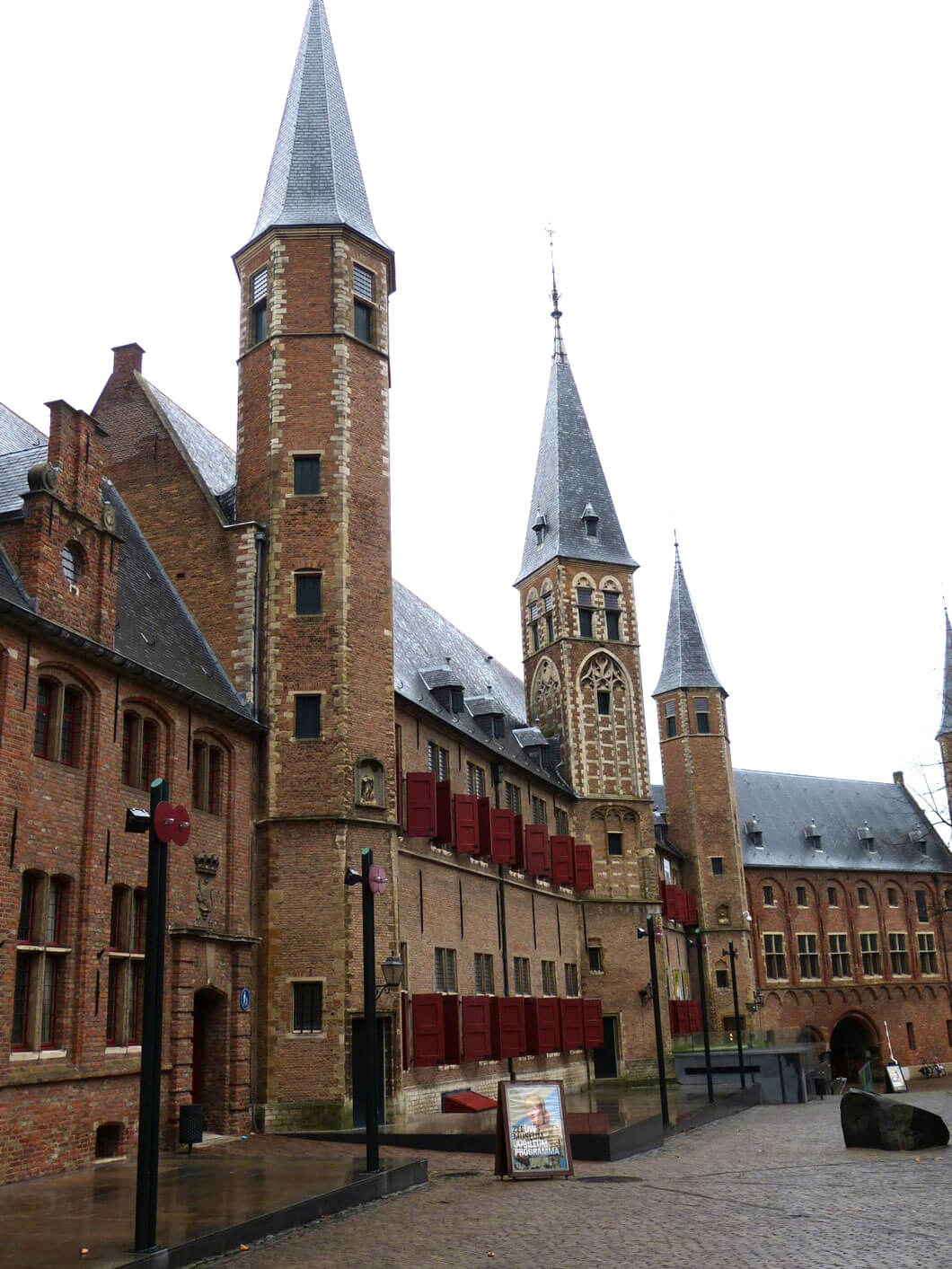