Cham Islands – Are A Naturally Blessed Group Of 8 Small Islands. 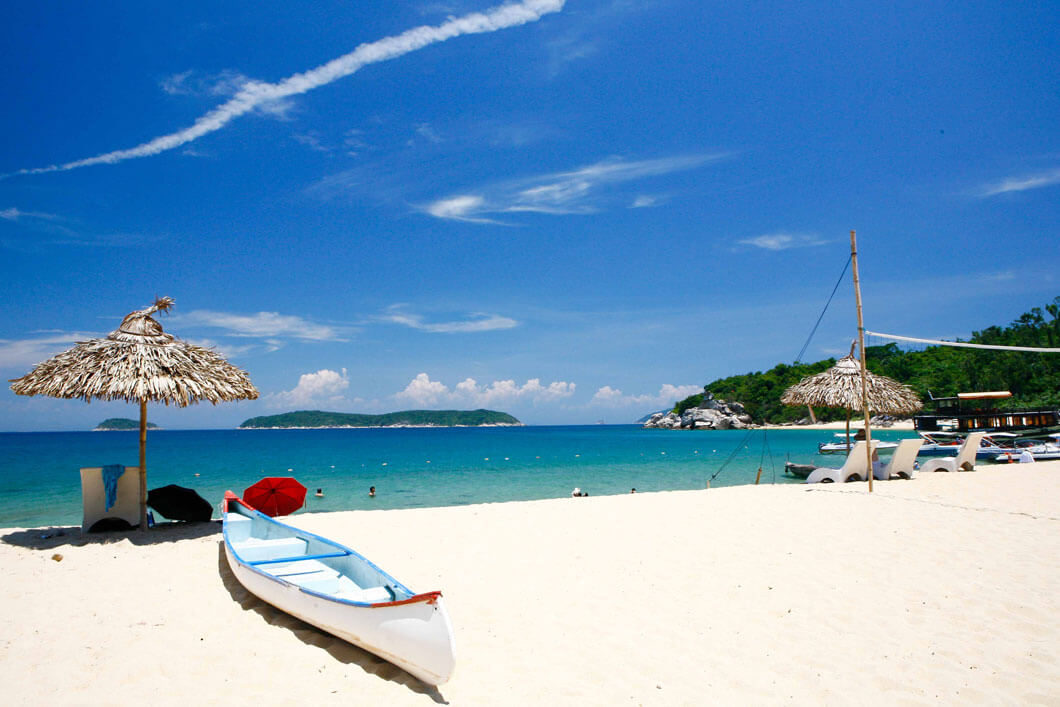 Cham islands are a naturally blessed group of 8 small islands of Quang Nam province in the South East Asian country of Vietnam. These form a part of Cu Lao Cham Marine Park which is regarded as a Biosphere Reserve by the international body of The United Nations Educational Scientific and Cultural Organisation famously known as UNESCO.

The lush, dense green cover of these islands makes your visit a memorable one. It takes almost 3 hours to reach from Ho Chi Minh City (which is the capital of Vietnam) to the islands by air and 18 hours by rail. It is almost 20 km from the mainland which is the ancient town of hoi an.

This archipelago is considered to be the gift of nature to the country of Vietnam. It is one of the Virgin Eco Tourism Hubs though it is very near to the historically acclaimed tourist spot, Hoi An. Green miles of forest cover kisses the blue mile of ocean. Such is the picturesque beauty of these islands.

Huong and Ong Beaches are the top picks of the lot as you can enjoy the untouched beauty of the coastal landscape.The people living in these islands make their living by fishing. The total area covered by these islands is 235 sq.kms.The terrain is mountainous with the highest point being 517 m which is at Hon Lao.

Cham island houses the natural medicine of Six leaf tea which is proven to cure blood intoxication. It is said that the forests in Cu Lao Cham act as a water supplier to the islands. These islands boast a bounty of Marine Fauna which boasts a diverse range of corals tallying up to 135 species of corals only.

Moreover, it houses 202 species of fish, 4 species of lobsters and 84 species of mollusks. This region gets heavy rainfall in October and November. The rain is obtained from North East Monsoon which is too devastating. This period of the year leads to Cyclones and massive torrents in the sea.The People in these islands speak Vietnamese (Which is the official language of Vietnam).

The name “Cham islands” is derived from the people living here, The Chams. They are people of Indonesian and Malay origin. Since these islands were the first place where they landed from Indonesia, The Island’s name is christened from the name of the people.

The island served as the principal port for the Champa Kingdom from 4th to 14th century.This port was the hotspot for the spice trade in the older days. This port was compared with the standards of Macau (China) and Malacca (Malaysia) during the 16th and 18th centuries.

Top Things To Do In Cham Islands

2 .Go Hiking
Walk through the dense forest to experience the serenity of nature. Hiking is allowed in only one route and it is the route that is a road that connects two villages.

3. Enjoy the nature
The forest covers 1/4th of the total area of the islands. These forests homes a large number of wild monkey population. At these islands, the tropical evergreen forest is present which gives the green cover for the island around the year.

The water streams that are present in these forests are of the purest form of water, and the taste is so sweet that you would love having it again and again.

4. Visit the Hai Tung Pagoda
This pagoda was built in 1758. This is one amongst the ancient structures on this island. It is a worship place for 3 religious communities, e., Buddhism, Taoism, and Confucianism.

Buddhism, Taoism, and Confucianism are three primary religions in the southeast Asian Buddhism were founded by Gautama Buddha in 5th century BC. Taoism is a Chinese based religion which is based on writings of Lao-Tzu. Confucianism is a religion in which people follow the teachings of the Chinese philosopher Confucius.

5. Visit the Bai Xep beach
The Bai Xep is famously known as “White coral beach” as we can see the white corals underwater through the boat’s glass floor which is one hell of an experience. Corals are aquatic organisms which are fixed to the seabed and survive by consuming marine microorganisms and small fish.

6. Go on an Island tour
These islands have more on their store more than the beaches and forests. Go on a trip around the island and get to know about the people’s lifestyle and some succulent seafood that is guaranteed fresh.

7. Sea Trek
In Chams Island, you can go a trek on the seabed and can view the aquatic ecosystem at its best position you can. Sea treks can be arranged at the rate of USD 40 to 60.

8. Do Snorkelling
Do Snorkelling in Chams island Marine Park Administration (MPA) where there are numerous protected spots to do safe snorkeling.

9. Do Diving:
There are numerous diving spots are available here where one can dive in the crystal clear water.

10. Go to Huong and Ong beach
These two beaches offer amazing views of the coastline. The sea is so calm that you can experience pure bliss from it.

11. Visit Chong beach
This is touted as the best beach in these islands. The food available here adds perfect sync to the good vibes that the beach provides.

1. Hotel Royal Hoi An
Very close to Hoi A town center. The rooms are magnificent, and the hotel provides free bicycles to roam around the ancient town and the countryside. Rates are starting from USD 140.

2. Hoi An Beach Resort
This resort has nice rooms and fantastic service by the hotel management. USD 88.

3. Hai Au
The best option In the case of budget hotels. Comfortable rooms and good food available. Situated near to the city center. Rates start at USD 17.

There are very few options to eat at the island as the largest village in this island (Bai Lang) has few restaurants. Though local seafood delicacies are exemplarily good, quality restaurants are very few in these islands. Good food is available at Hoi A town as authentic Vietnamese cuisine can be relished here. Items like noodles with chicken/beef (pho), spring roll, crab fried with tamarind, Crab sour soup, rice spaghetti, steamed rolls made of rice flour, rice pancake stuffed with meat are marquee items over here. Here the list of 5 best hotels:

How To Reach Cham Islands & How Much It Costs:

HCM city – Da Nang: Da Nang can be reached from the capital by either flight or train. Flight takes 2 hrs. The train takes 17 hrs. .The cost for a flight ticket varies from USD 25 to 101 while train ticket costs USD 14 to 30. The trains operated by Vietnam railways and flights are operated by Vietnam airline and private carriers.

Da Nang-Hoi An: From Da Nang, to Hoi it is almost 30 km which would take approximately 45 mins to 1hour. From Da, Nang takes a bus (route 1) to reach Hoi an. Those who are not interested in public transport can take a taxi or can hire a motorcycle. Cost varies from USD 3 to 5.5 for taxi/motorcycle.

Hoi a to cham islands:  Hoi an is the mainland connection to this island. Either ferry or speedboat can access the island. Don’t expect some well-facilitated ferry for the service as ferries here means wooden boats. For speedboat one has to board the speedboat from the Cua Dai beach which is at hoi a town. The cost for speedboat is $7 and agents will be available for activities in the islands here. Travel time is 20 mins and time of service is 0800 to 1030

For ferry, motorcycles can be loaded at the ferry at a special rate. It takes almost 90 minutes for the travel, and the price is USD 1.4, and for a bike, it is USD 2.4.

Bikes are available on the island at a rate of USD 3.7 to 9.

The speedboat is the most preferred mode of access to this island. There are organized speedboat tours which are more or less like an excursion. The plan is to depart in the morning, visit 2 beaches and return at afternoon. As this plan satisfies the local tourists, the speedboat is filled with domestic tourists. It turns out to be a risk factor as the boat gets overloaded. So take care in this regard while opting to go to the island through speedboat.

The best season to experience the charm of these islands is from March to September. The ideal part of the year to indulge in diving and snorkeling activities is from June to end of August. The season of regret is from October to February as the Sea unleashes its fury which makes the boats impossible to navigate.

Never plan to this place on the monsoon season (September to December) as the North East monsoon will be in its full might and accessibility to this islands is impossible as the river mouth at hoi an is forced inwards by the sea.

Wear T-shirt during snorkeling because of the looming jellyfish threat.

Check out for weather update before departing to the island because it can change at any time and sudden downpour causes severe inconvenience.

The service of boats may vary from international standards to worst standards, and the prices may vary depending upon the tourist strength. For foreigners, this may turn out to be a pocket burning factor as the operators charge heavily for foreigners.

Due to global warming, there is a rise in sea level which may cause several disturbances while diving or snorkeling.

Watch out for the corals that are present underwater. It causes serious damage when brought into contact.

Foreigners are not allowed to ride motorcycles in the islands, so it is not advisable to take a motorbike to this place. 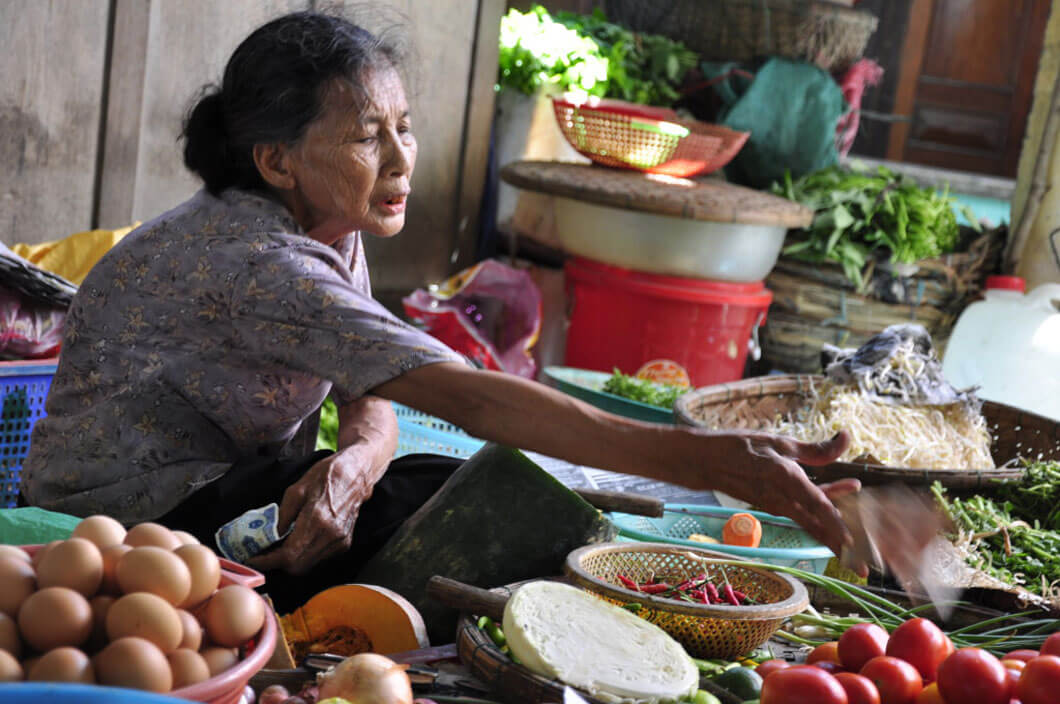 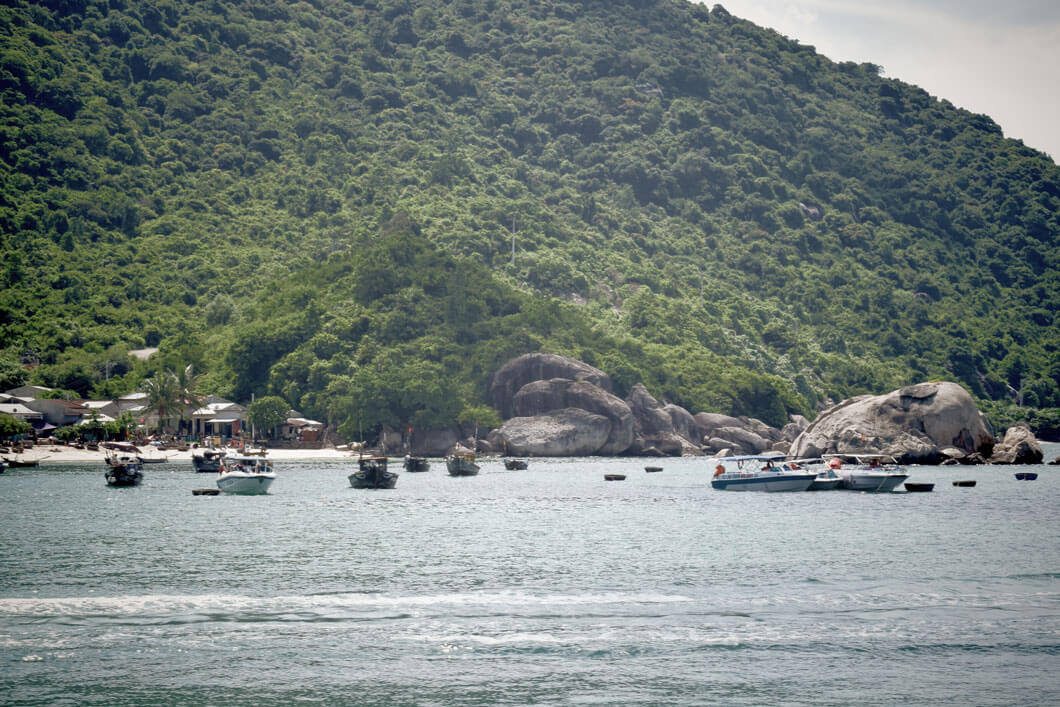 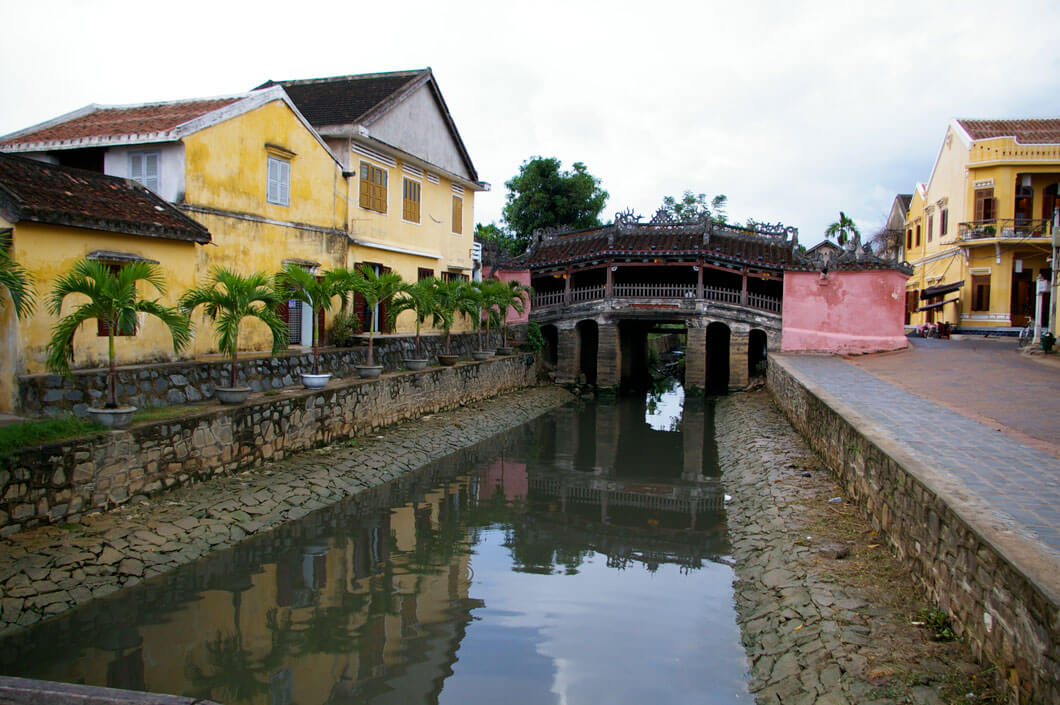 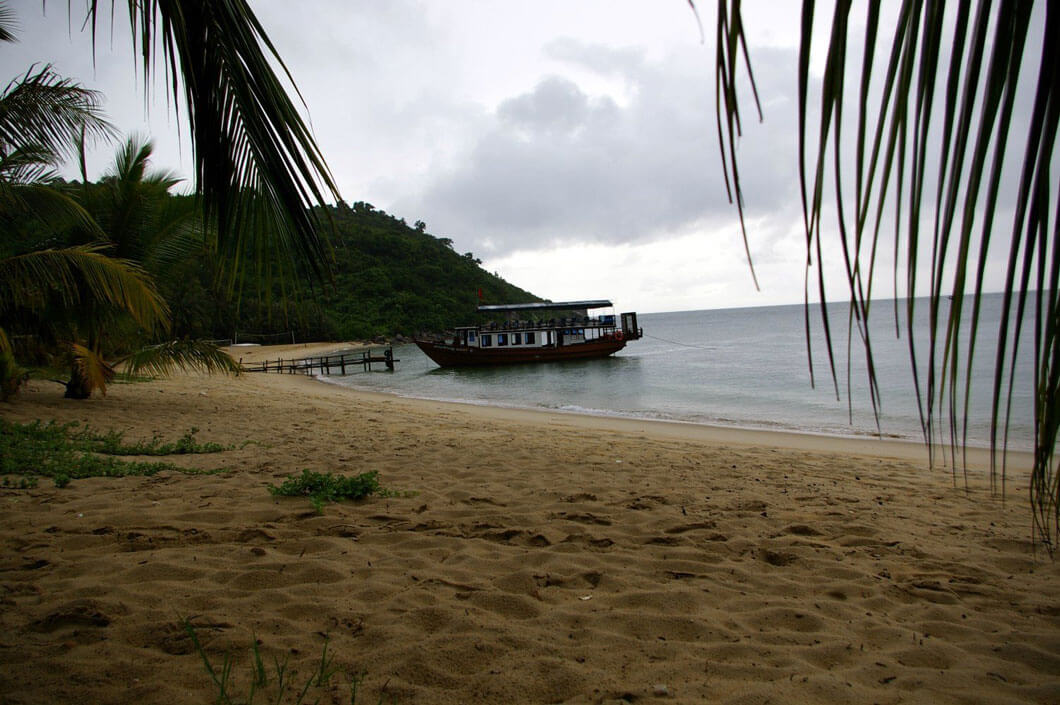 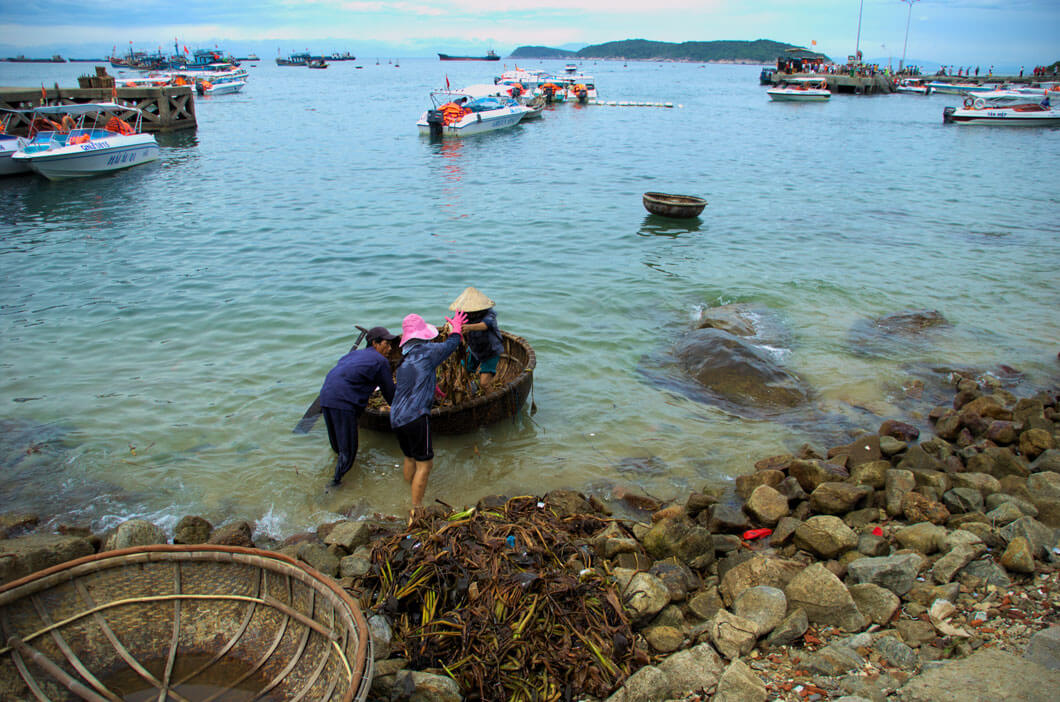 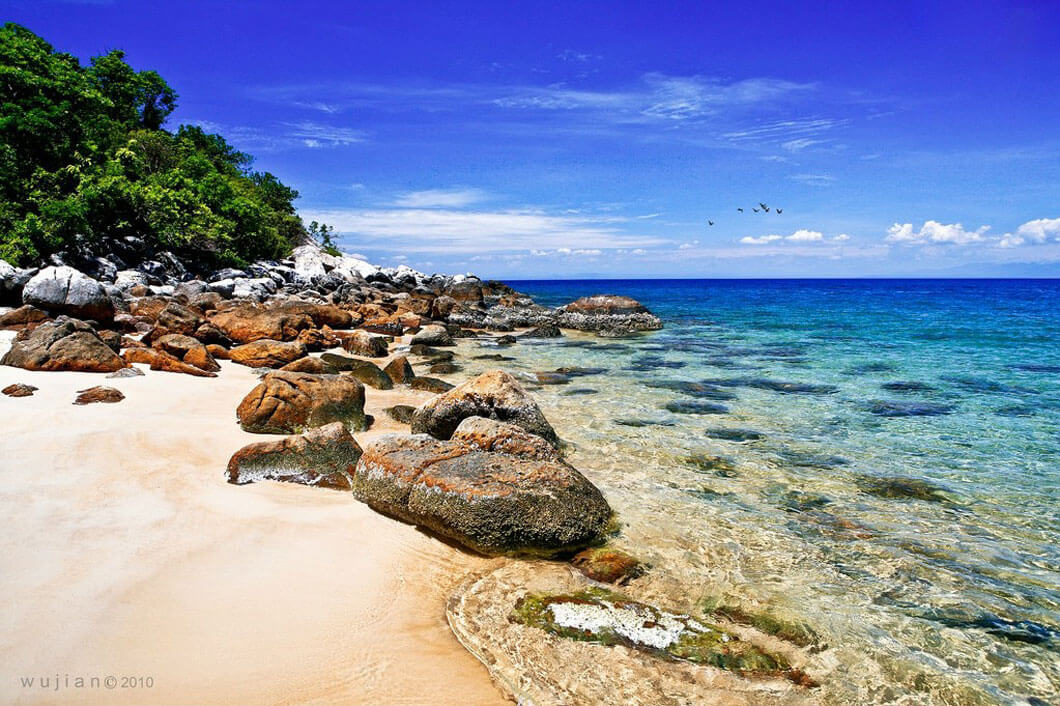 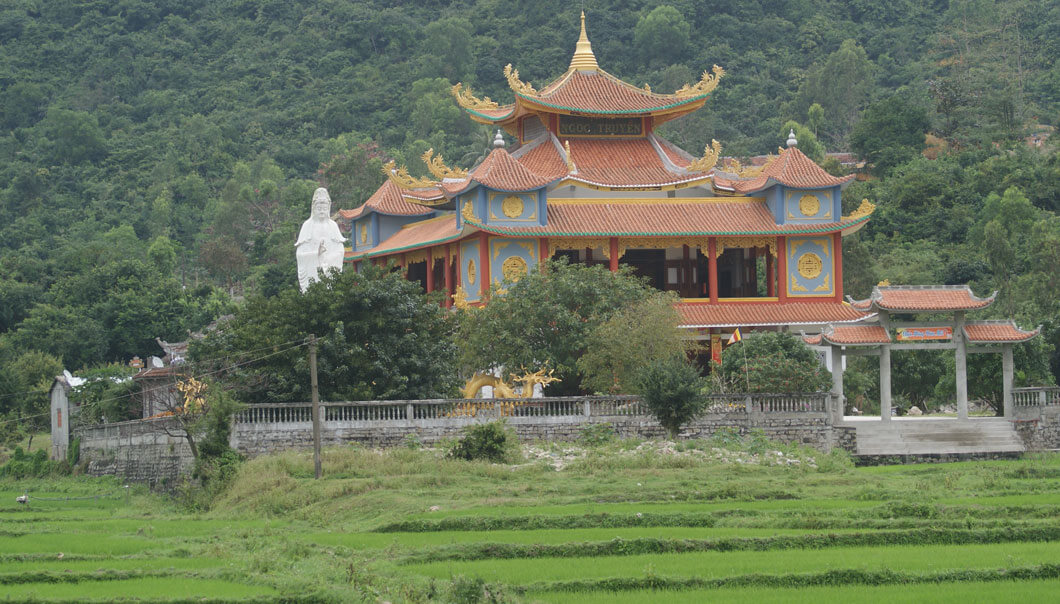 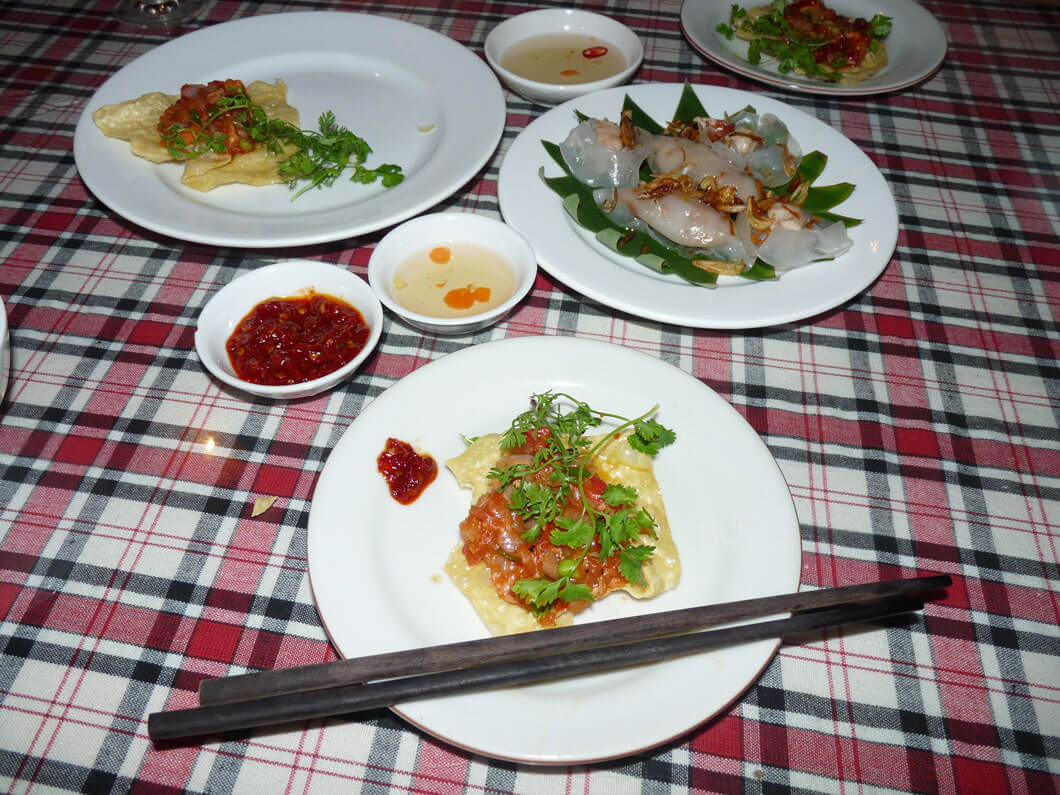 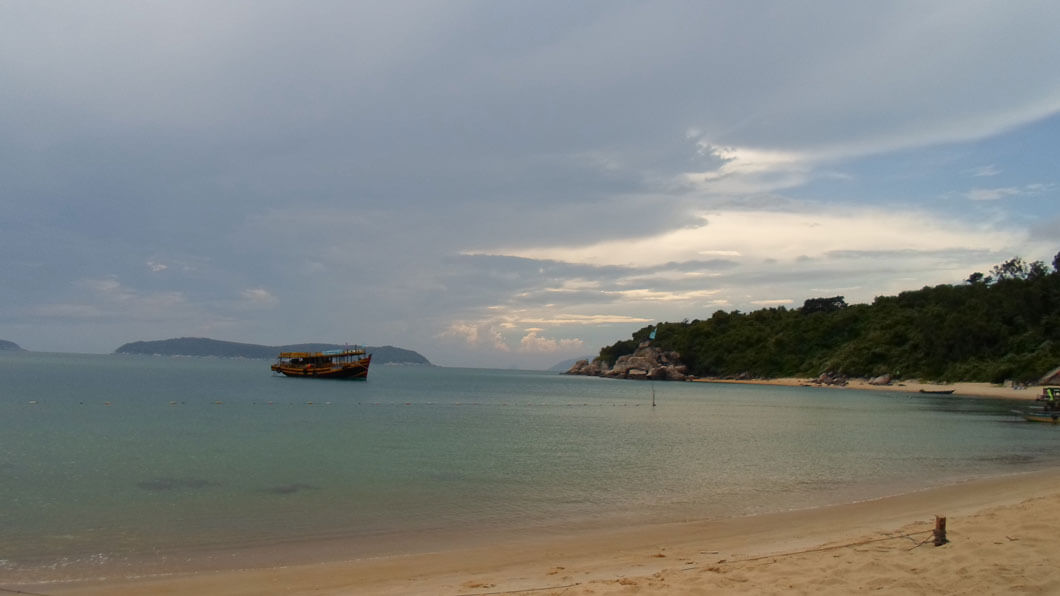 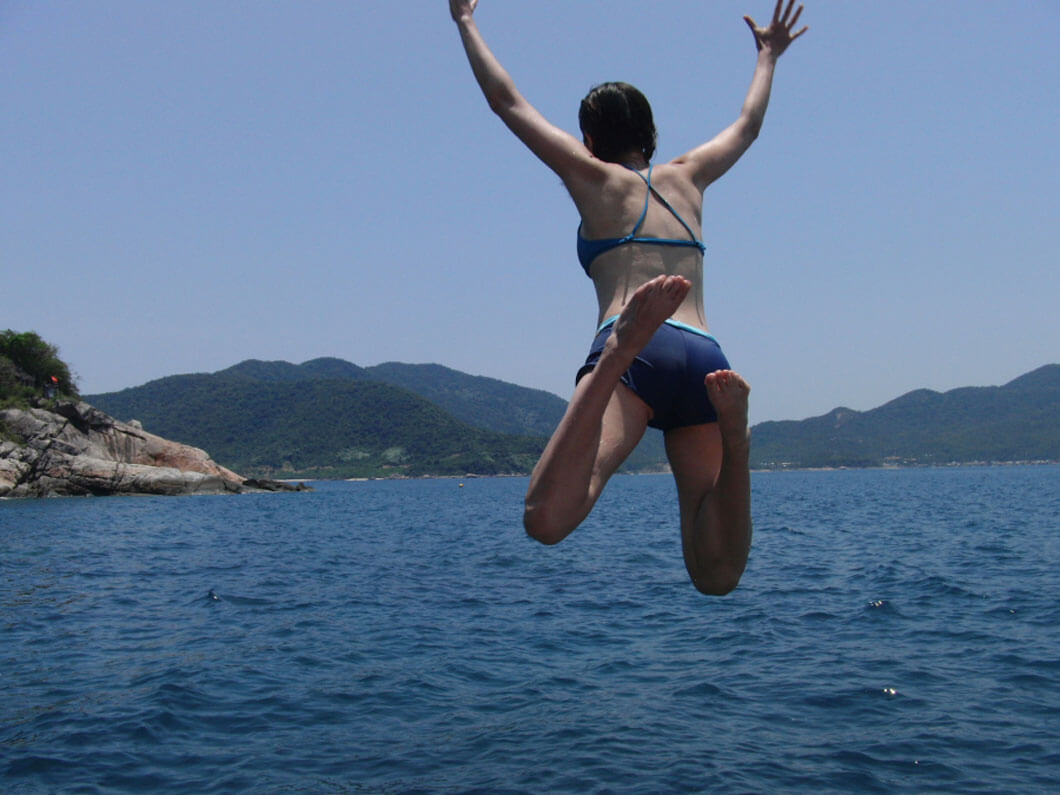 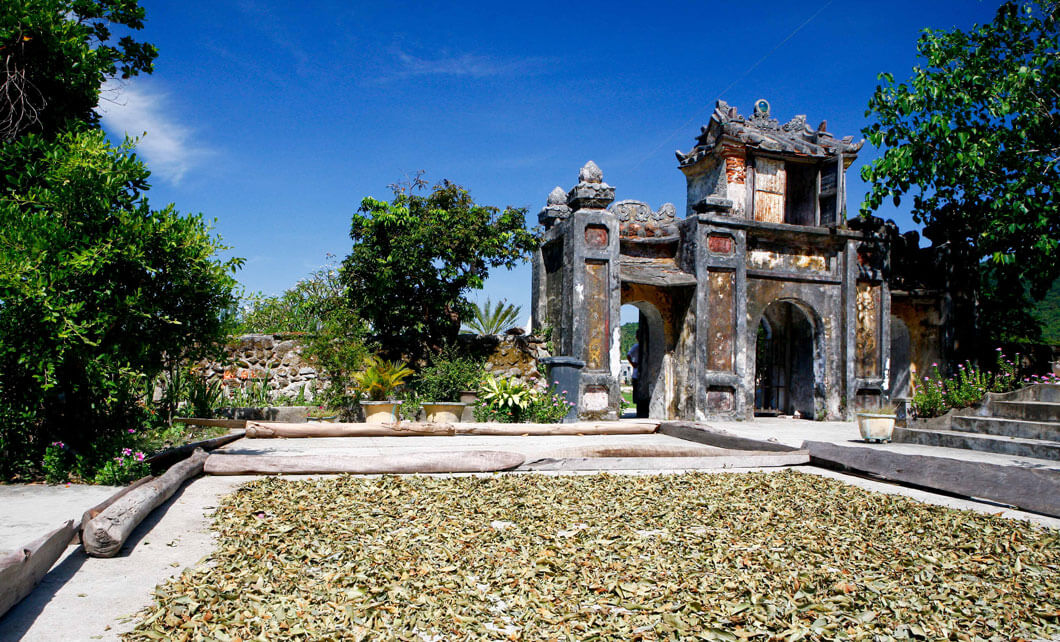