Geographical Description & The Beauty Of Pagudpud

Top Things To Do In Pagudpud

1. Fall in love with Patapat Bridge
It is a zigzag Y-axis beautiful bridge which is 1.2 km long. This bridge connects to divisions and is 200 meters above the sea level. It is on a spectacular road on which tourists on a motorbike can enjoy the enormous mountains and the view of the deep sea while passing through the bridge. Moreover, it is rated as a 4th longest bridge in the country. The bridge is safe with cement resistant at the edges.

2. Bangui Windmill
It is one of its kinds with 70 meters high 20 blades. The spread of the windmills is in the formation of an arc. It is almost a drive of 40 minutes and situated north of Laoag City. All things considered, windmills are the source of energy in this province. Around a hundred thousand houses rely on it with its 25 MW capacity of generating electricity.

3. Cape Bojeador Lighthouse
It is famous because it’s a national historical renowned site.This is a Spanish colonial and one of the highest lighthouses in the Philippines. It is not an abandoned but still an active lighthouse. It releases a flare when ships enter from the north side of Pagudpud Philippines. Tourists enter in this lighthouse by taking a few steps on the hill and get to see the vast view of blue waters.

4. Kapurpurawan Rock Formation
It is white in color and the name “Kapurpurawan” is driven from its meaning that is “white”. This rock formation is the part of Burgos. There are no local conveyances that reach here. In order to see its beauty, you need to have your own car or it will be a march under the sun.

Do not forget to bring the water bottle with you if you decide to walk all the way to Kapurpurawan Rock Formation.Tourists who have been there called it a dragon as it looks like a dragon is keeping watch of the entire coast.

5. Bacarra Domeless Tower
It was built in 1830 and has a height of 50 meters. in 1931, there came an earthquake resulted in damaging the tower. There came another earthquake with a higher intensity of 7.8. Because of this, the doom fell and got broken completely. This is the reason why it is called Bacarra Domeless Tower. Its fame is attracting tourists and it is highly recommended to visit this tower.

6. Witness the Majestic Playa Tropical Resort
This Currimao resort is heavenly with its constant breeze of the ocean. In fact,tourists love to enjoy the amazing sunsets there. The sand is fine and the waves are calm there. The beauty of this place is a wonder. The staff is friendly and they leave no space for hospitality. This is the specialty of Filipinos that no one can compete them in the care department. It is an ideal place located near all the famous sights for the tourists.

7. Sand Dunes
It is a desert where you can enjoy the 4×4 ride, sand boarding as well as an ATV ride. How’s it? Moreover, you can enjoy Pagudpud beach volleyball, wind gliding, archery, scuba diving and much more. This should be on the top priority list of the tourists. If you’re planning to visit Pagudmud, this is a must.

8. Kaibigan Falls
It is one of the treasures found naturally on earth. Almost 2 kilometers of a trek from the mountain is this 80 feet Waterfall. It is a heavenly sight where tourists enjoy seeing the Waterfall coming through the mountain. The distance from Saud Beach to Kaibigan Falls is almost 15 kilometers.

1. Fort Ilocandia Resort Hotel
Not to mention, it is the only 5-star hotel near the town which is 7km from Laoag Airport. Airport shuttle service is free. Furthermore, they are giving a private beach area, outdoor pool, and casino. They charge a $100 with free breakfast for one shift.

2. Java Hotel
It is 42kms from Pagudpud Philippines. The tourists enjoy with outdoor pool, fitness center, free wifi, and free parking. Moreover, they have a tennis court, spa, and a 24 hours front desk service. Their per night charges are $65.

3. Viven Hotel
With a distance of 45.6km from the town, this is one of the best sellers. Their all rooms are air conditioned, flat TV screens and the facility of free parking. They provide 3 options for dining that give local cuisine, International dishes, and deserts. Charges are $38 per night.

4. Rivermount Hotel and Resort
With their service of free wifi, air conditioned rooms, on-site bar, free parking, mountain view and much more. 24 hours guest service for their guests. They charge around $68 per room for a night.

5. West Gate Hotel
The distance of this hotel from the town is around 45.4 kilometers. The hotel is neat and clean providing with quality food and free wifi in their air conditioned rooms in $27 a night.

The town is famous for its unique cuisines. There isn’t only one place to get quality food in Pagudpud Philippines, rather there are many. If you’re a pork lover and would love to have crispy pork squares then “Bagnet” is the dish.

Dinengdeng is one of their specialties as well in which mixed vegetables are fried with fish sauce. Seafood platters are famous in town and most of the tourists choose it. Other recommended dishes include linga, tupig sticky rice, biscotcho crackers, and bagoong.

How To Reach Pagudpud & How Much It Costs: 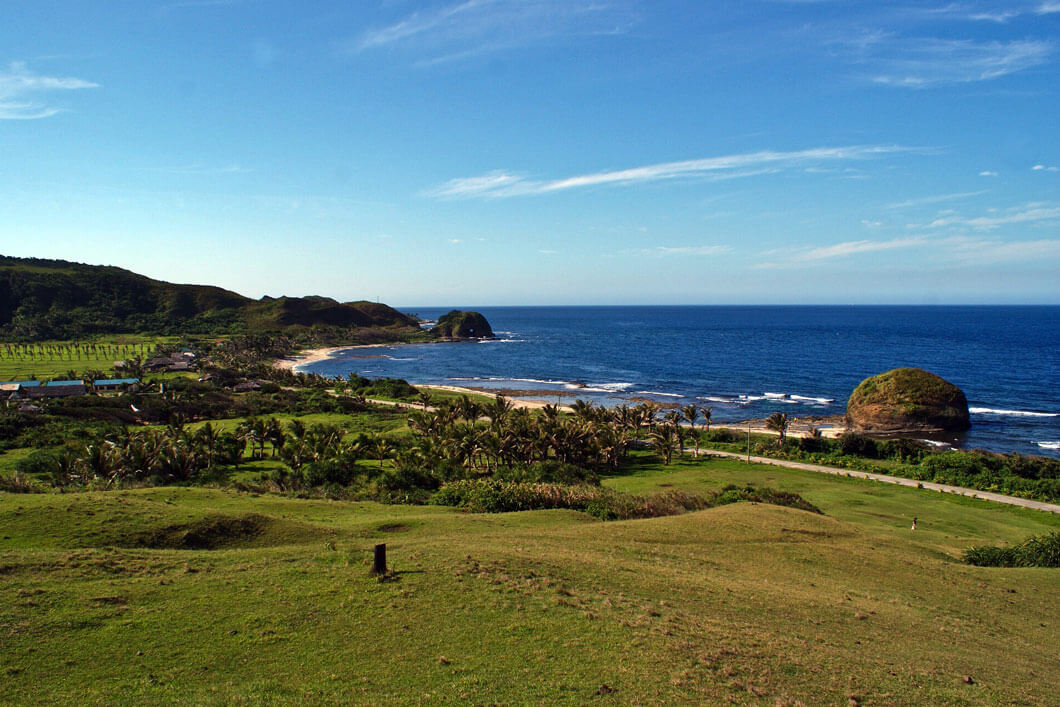 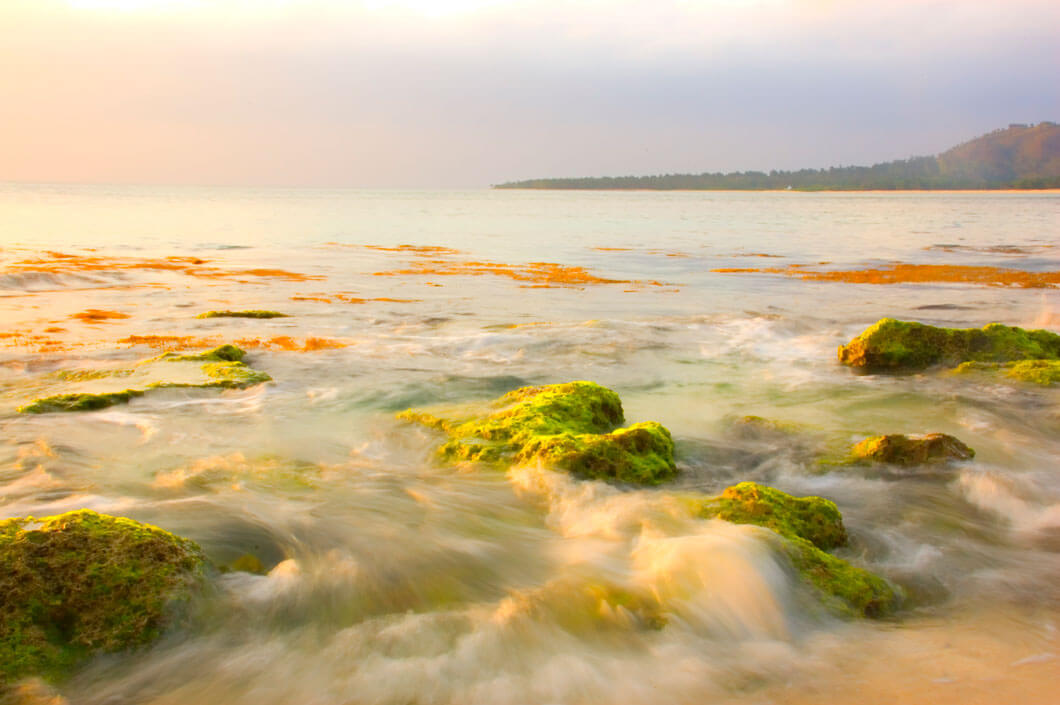 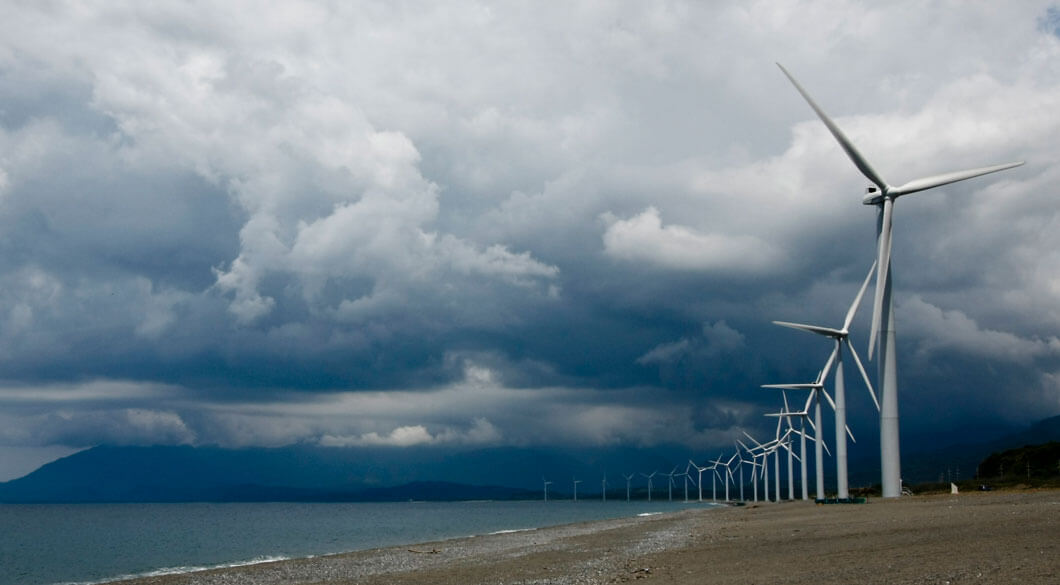 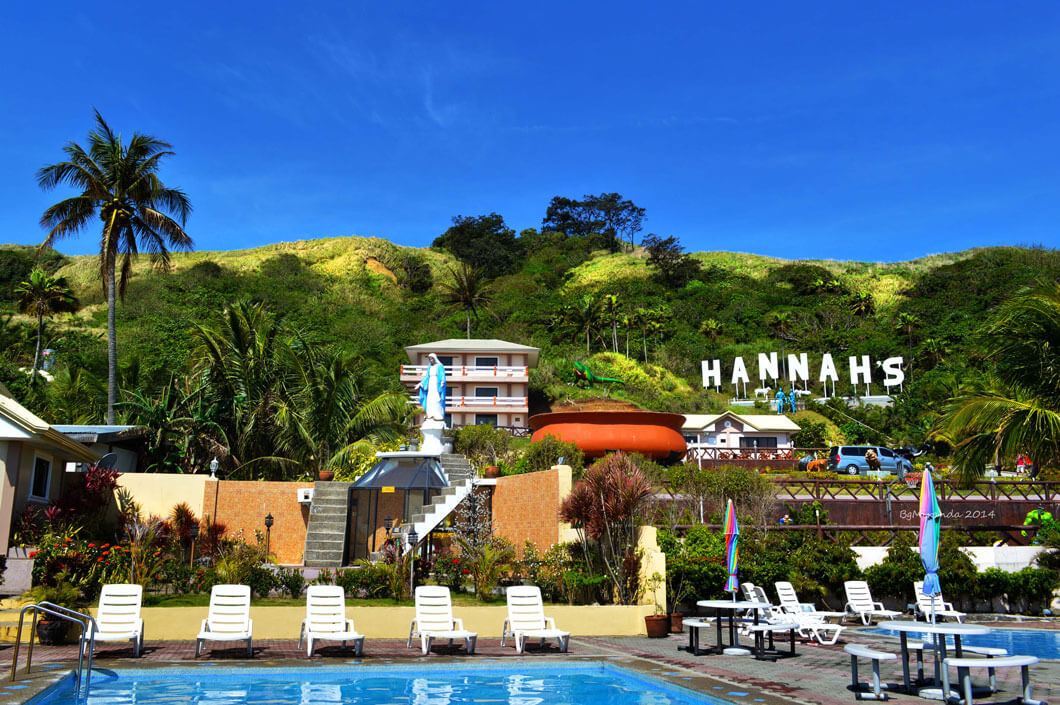 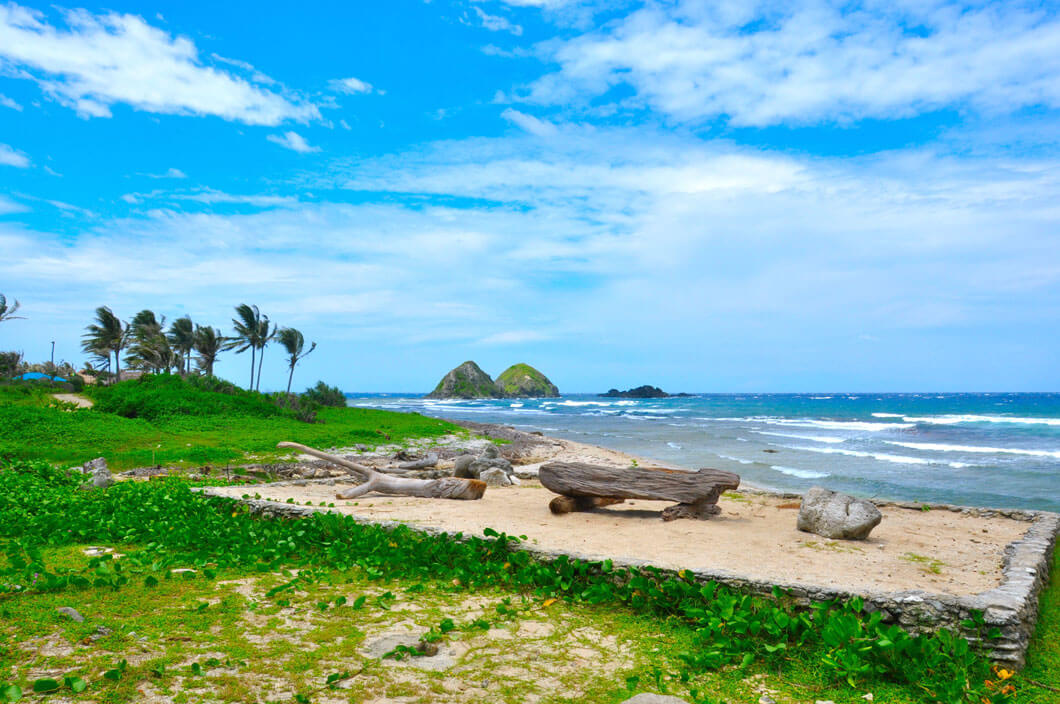 View Most beautifil road of Pagudpud"> 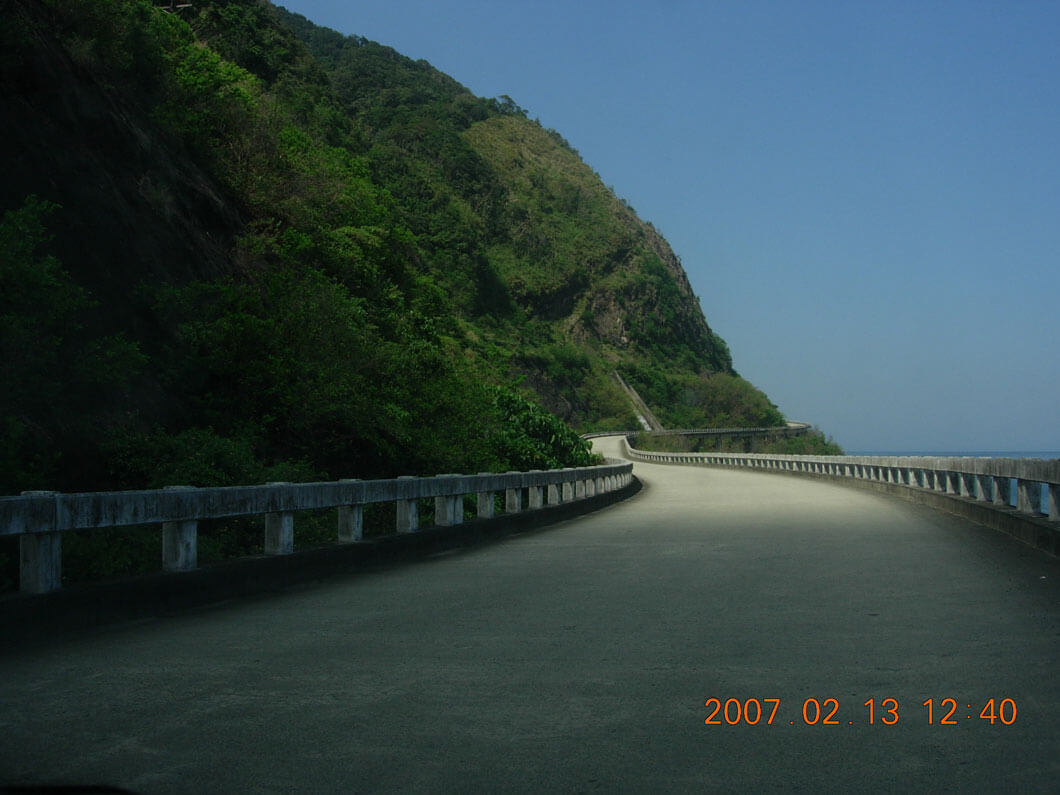 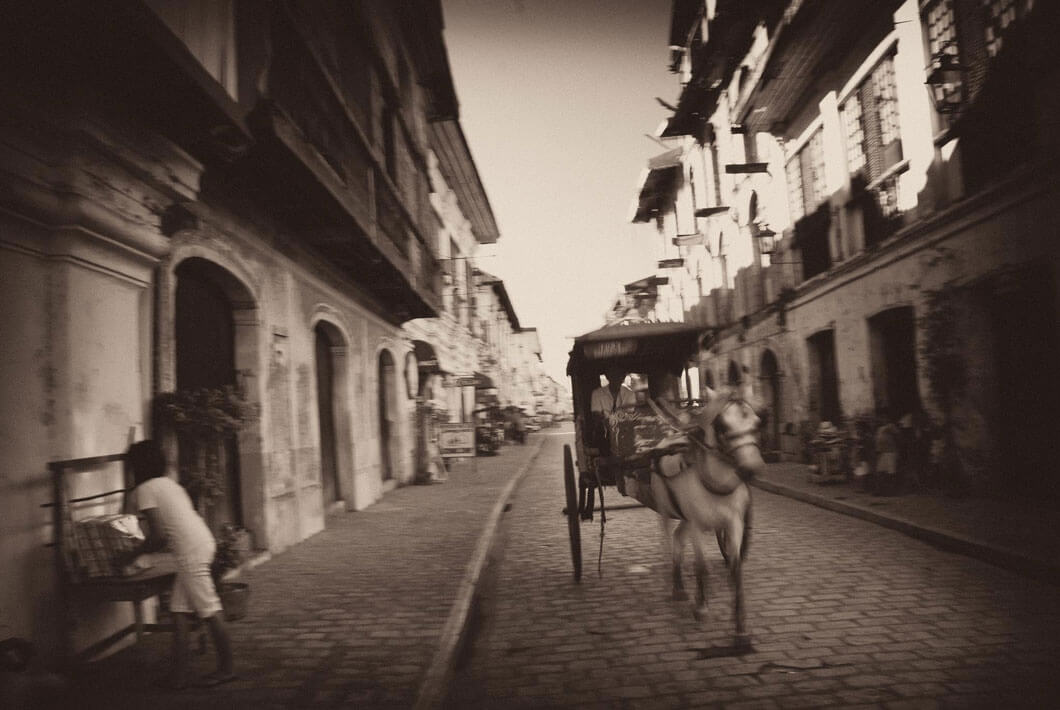 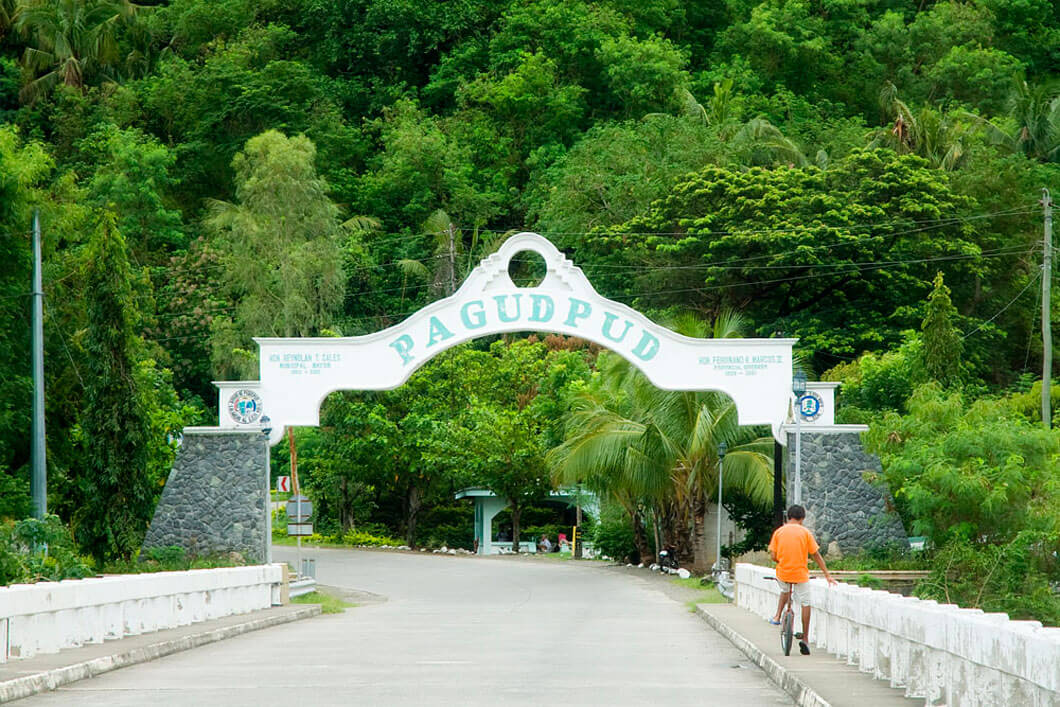 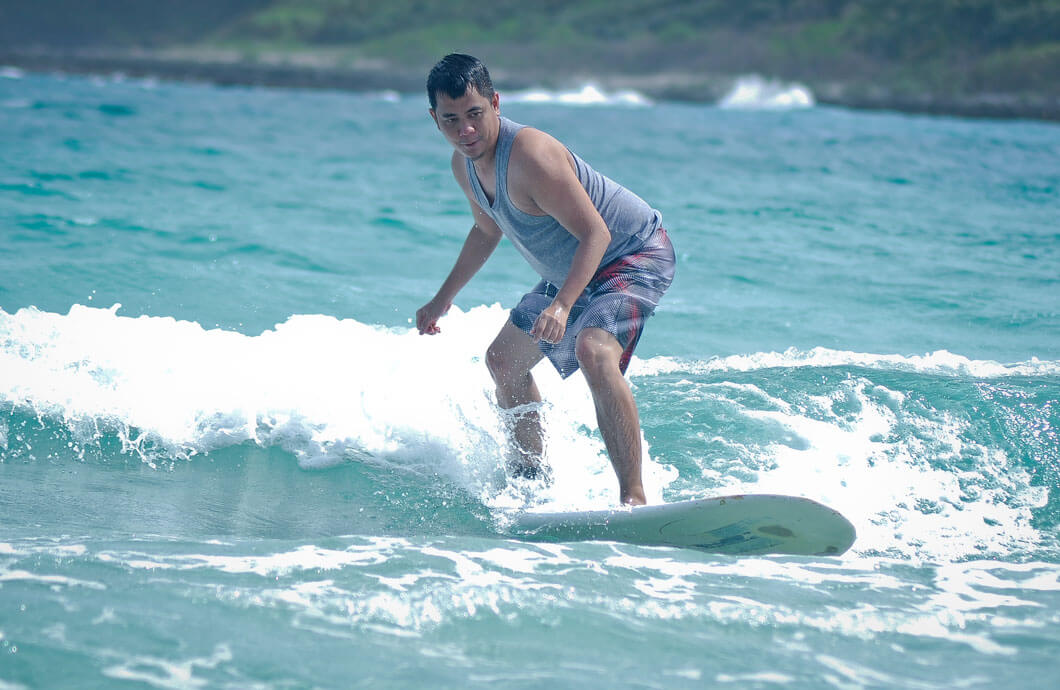