How it came into being ?

During the later period of the 19th century, the Nawab Family played an important role of the independence movement and politics of the India. Many important decisions regarding the future of the Muslim movements in India were made in this very palace.  The result was the formation of the All-India Muslim League.

The construction history of the building

The Internal things to do in Ahsan Manzil

How to reach Ahsan Manzil

It depends on where you are staying. Visitors from abroad can reach the place directly from the airport within an hour. Hotels are very helpful to find useful touring companies.

If you are feeling adventurous, hire a C.N. G or taxi cab and ask the driver to take you to this address- Ahsanullah Road, Nawab Bari in Old Dhaka. I remember visiting the place with a couple of my friends.

Though there is an exhaustive traffic jam, there are various means of transportation available in the city. Among them, Rickshaw remains the popular means for short distance. But a foreigner needs to settle the fare before getting on board. Usually, a 15 minutes ride will cost around 30-50 BDT. It is not wise to get around in it late at night.

For long distances, Auto-rickshaws are ideal. Locally they are called ‘CNGs’ (named after compressed natural gas, their fuel source) and plentiful and have meters. To travel 8 km from Gulshan to old Dhaka it will cost BDT 150- 200. But start the journey with time in hand keeping in mind the traffic.

From the hotel, you can book a Taxi because it is very hard to hire one from the busy street. A black cab will cost around BDT 250 -350 for a ride between Old Dhaka and Gulshan. But Yellow taxis, which are air-conditioned, are more expensive and will probably cost you BDT 500.

Where to stay in Near Ahsan Manzil in Dhaka, Bangladesh 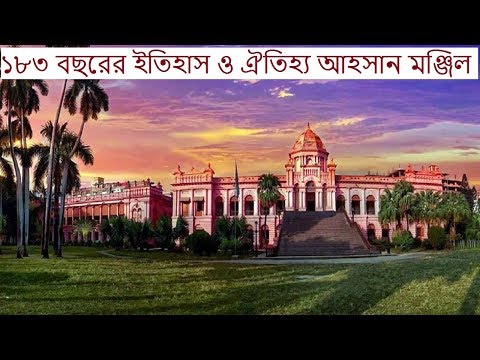